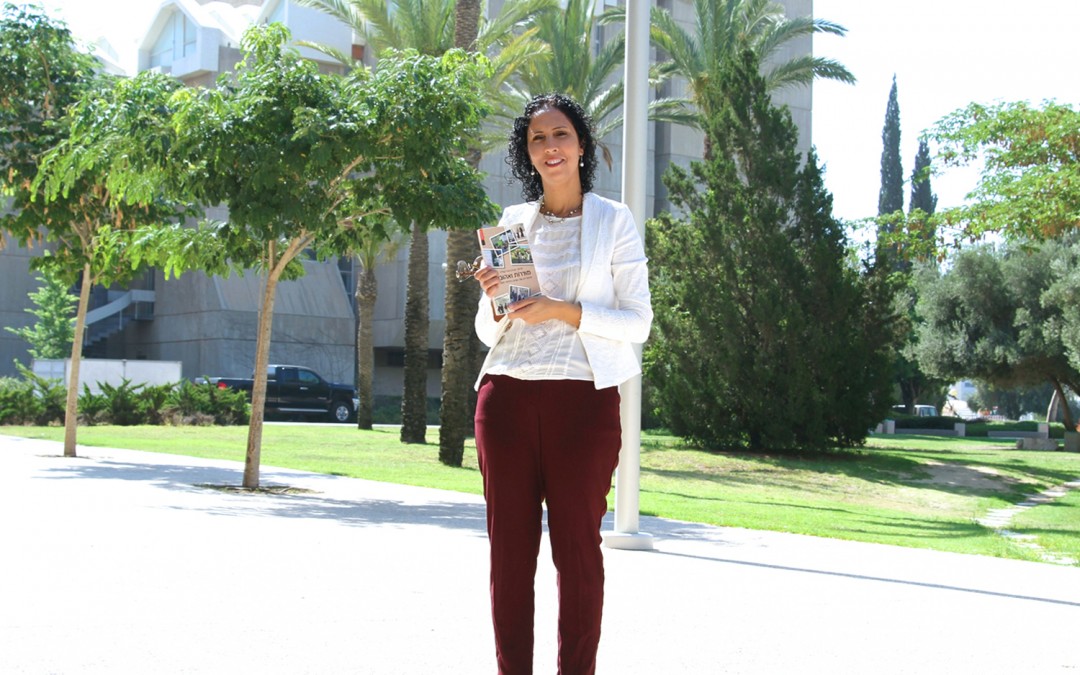 Sarab: Growing up as an Arab-Bedouin in Beer-Sheva, a Jewish town with an Arab minority, I attended a Jewish school. I studied in a Jewish high school during the first Intifada at 1989 and suffered from the racist expressions by some of the students. As the only Arab-Muslim girl in a Jewish high school, I struggled for my identity instead of dealing with the things that teens at my age do. When I graduated from high school, all my Jewish friends went into the army and I went to University. As a Bedouin girl, I also had to maintain certain traditions in order not to assimilate Israeli norms. At the age of 18, I met for the first time four other Bedouin girls from different tribes on campus. There, I re-encountered my Bedouin roots and started to feel a certain responsibility toward my own community. At the same time, I started to teach in a Bedouin school in Rahat and to discover the differences between the Arab schools in which I was teaching and the Jewish school where I studied. These differences pushed me to translate my responsibility and activism into written research where I would publish the stories that challenge hegemonic narratives that point to the mechanisms of inequality within the Palestinian community.

Today, I am a mother of three boys and a senior lecturer on the sociology of gender and education at Ben-Gurion University. My field of study focuses on the intersectionality of racism, patriarchy and tribalism that creates inequality in Palestinian women’s lives in education and employment. At the same time, I study the agency employed by them both as individuals and as groups. As a scholar, I integrate my feminist agenda either in the topics that my students explore, into my research methodology or into my contribution to my community.

Sarab: As an Arab citizen of Israel, I’m worried about how Palestinian-Bedouin women are being racialized and gendered in all fields of life; how they are stereotyped in the Israeli discourse-both public and academic-as primitive, passive and non-progressive, mediated by a racist ideology in an attempt to maintain an ethnic order either through separated economies, education systems or geography.

Sarab: When I finished my first degree at university and met my husband, I discovered that our marriage was forbidden since we belonged to different tribal communities. As Muslims, we are both entitled to marry since Islam does not forbid that, but as Bedouins, this was forbidden. With my parents’ great support, I turned my personal struggle over the right to choose into a research project and decided to write my PhD dissertation on the often painful consequences of higher education. I asked: Does education necessarily mean enlightenment in the context of racialized and gendered minority women?

Sarab: My personal struggle turned into my biggest professional achievement because from the moment I met with pioneer Arab-Bedouin women and interviewed them, our stories intertwined and released the most intimate, painful and exciting narratives that freed us. We were both women in the same boat. I decided to turn my personal pain into research were I address taboo issues, explore women’s special agency and feminist struggle and produce a body of subversive work. My personal, most transformative moment was when my elder 11-year old son, who goes to a bi-lingual Arab-Jewish school, decided to write his “roots paper” on my personal life. He insisted on showing my books and telling his mother’s journey in his class. This was a moment of pride for both of us: for me, because I realized that my feminist agenda is transforming and affecting my children, and for him, because of his pride of being a special son growing up to be a feminist.

Sarab: To keep doing my professional work in a way that will continue to touch people’s lives without giving up on ‘feeling’ and being attuned to the people and community I am studying.

Sarab: “Women pay dearly with their freedom and dignity to obey the laws of marriage and the patriarchal class system that dominates society. Women also pay dearly in order to become free and escape domination. I have chosen to pay such a price and become free rather then pay the price and become a slave. In either case we pay a high price. Why pay it to attain slavery and not freedom?” (Nawal El-Saadawi)