Changing the World one Film at a Time 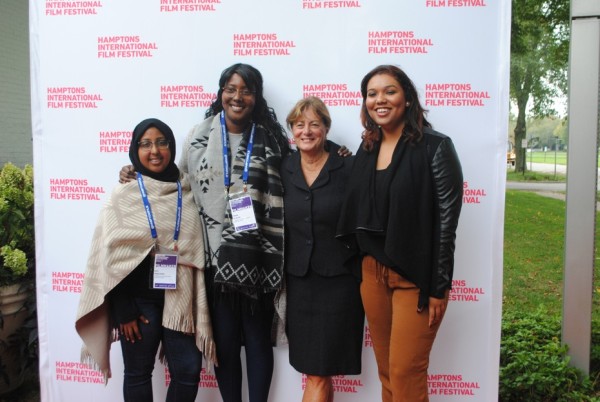 Linda Biscardi believes in “using the arts as a catalyst in education,” she said recently. A middle and high school teacher for 35 years, now retired, and a founding member of the Hamptons International Film Festival board, she has designed an educational program for students for each of the festival’s 23 years, with themes tied to various documentaries and narrative films, and did an annual Women’s History Month program in her school.

Ms. Biscardi had an eye-opening experience in 1969 when her application to become a “copy boy” at a Long Island, N.Y., newspaper was rejected; she resubmitted the application, changing her first name from Linda to ‘Louis,’ and was called in to start the job.

“Everything was so male – you just didn’t assume … that women, they could do those jobs just as well as anybody. So I’ve tried to be sensitive in bringing those topics to young women through the film festival,” she said.

The birth of her daughter in 1988, a year after Women’s History Month was established, as well as her experience in college in the early 1970s, when she became an early subscriber to the just-launched Ms. magazine and studied writing with both Maya Angelou and the poet Nikki Giovanni, shaped Ms. Biscardi’s feminism. Ms. Giovanni had just published “Ego Tripping,” which, Ms. Biscardi said, “sings the praises of young women.” 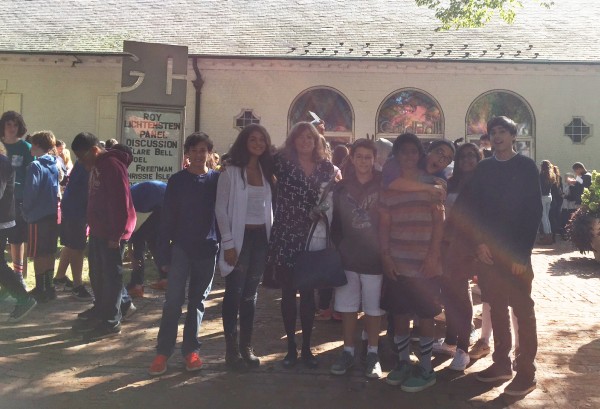 Linda with students at the East Hamptom Film Festival

To raise students’ awareness of gender disparities, she asked them to list 50 famous men throughout history, in any field, in five minutes – a task they completed easily, she said. When she had students try to do the same for women, “it was always five names. And often, when they did put a name down, it was someone who was famous because of her husband.”

A festival screening one year, to an audience of solely young girls, of “Is It Really Me?”, a documentary that focuses on young woman singers and dancers in the Broadway Theatre Project, and how they feel about their bodies, provoked discussions about not only body image but “the extremes of anorexia and bulimia, and the media’s depiction of females,” Ms. Biscardi said.

“I just know that those are inspirational moments that touch kids,” Ms. Biscardi said of the opportunities afforded by the film festival programs, which have included meeting Jane Goodall and learning about her “Roots and Shoots” program, a global youth action initiative. “She spoke about the political, social, economical impact that just one woman – one child, one person – can have on the world,” said Ms. Biscardi. 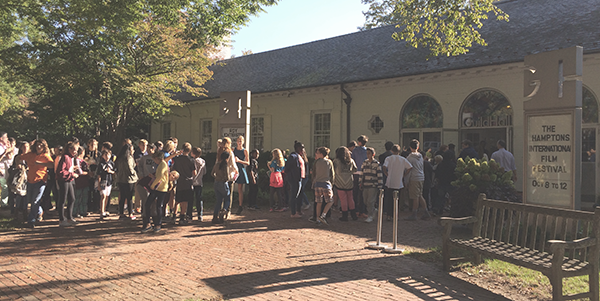 Students lined up for the festival

The saying “when you teach, you touch the future,” rings true, she said. “And you never know how far the impact is going to go. You just try to provide inspiring moments and hope that they take root.”

“Young people — they need the introduction. They need someone to say, ‘You need to see the film “He Named Me Malala.” ‘ And then those ideas, those feelings, those thoughts that are within them start to bubble up.” (The biographical film is about Malala Yousafzai, the young Pakistani schoolgirl who became an outspoken advocate for girls’ rights and education after surviving a devastating attack by the Taliban.)

Ms. Biscardi said that the partnership this year between the Hamptons film festival and the U.N. Plural + youth video festival was so successful that talks are under way to make it an annual occurrence.