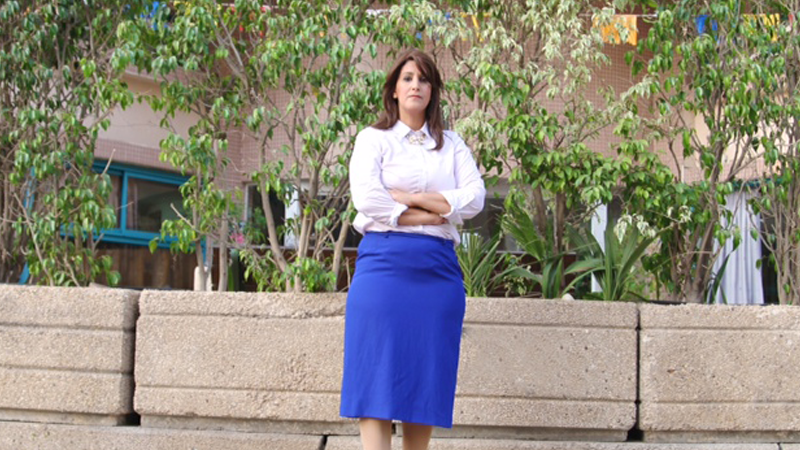 Ruth: I wanted to run for election in the municipality where I live but the religious party that was active there didn’t allow women on their lists. I then went to the Supreme Court of Israel and demanded that they withhold public funds from parties who don’t allow women on their electoral lists. In January 2015, I established the first Haredi women party in the history of the state of Israel. We didn’t win enough to get over the 3.25% threshold this time, but we have launched a movement, which is now preparing for the next elections.

Ruth: I am motivated by the fact that I know I am right. I look around me and see inequality and a lack of justice. Take the Israeli Knesset. You have secular man and women, you have Arab men and women, and you have Haredi men — but no Haredi women. There is no just reason for that. And since I dared to point this out, a lot of people and many Haredi women joined me.

Ruth: My biggest struggle is to create a change in the mindset of people, including my own. I read a lot but I still haven’t found one source in the halacha (Jewish law) that says that a woman cannot be elected to public office. So I know that I am not going against the Torah.

Ruth: The moment I started to carry the flag of empowering Haredi women has transformed everything in my life. Haredi women started to approach me and ask for advice. They see me as a person who will look after their interests without outside influence. My biggest achievement is, I think, the fact that I’ve tried and dared to challenge the current Haredi system, which is dominated by men.

Ruth: We have half a million Haredi women living here in Israel. They all get educated on the principles of being humble and modest, in the way they dress and the way they talk, and are encouraged to spend their time at home. This means if a Haredi woman wants to become a member of the Knesset, she is seen as not humble, as not a ‘good woman.’ I dream to see Haredi women speak at the podium of the Knesset, talking about the needs of Haredi women. This is not only a dream; it is a goal that will come true, sooner rather than later.

“You never fail until you stop trying.” — Albert Einstein