The Catholic Legal Immigration Network, the American Immigration Council, the Refugee and Immigrant Center for Education and Legal Services, and the American Immigration Lawyers Association, collectively known as CARA, have joined forces in response to Immigration and Customs Enforcement’s (ICE) significant expansion of its family detention at the South Texas Family Residential Center (STFRC) and the Karnes Residential Center. The continued detention of families reflect the Obama administration’s ongoing persistence to preserve the flawed deterrence policy it began in June 2014 with the opening of a temporary family detention center in Artesia, New Mexico.

The detention of children and their mothers is not only inhumane, but incompatible with a fair and just legal process. The CARA project builds on the collective experiences of the partners by organizing and managing a robust pro bono legal services project to help the families detained in Dilley and Karnes. CARA’s aim is twofold: to ensure that detained children and their mothers receive competent, pro bono representation and to end the practice of family detention entirely by leading aggressive advocacy and litigation efforts to challenge unlawful asylum, detention, and deportation policies. 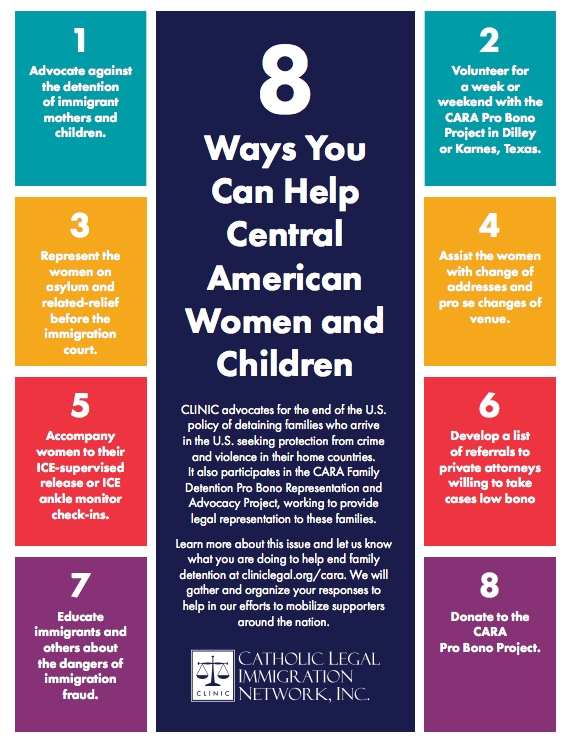