Dundee: The Caring City in the Refugee Crisis

The city of Dundee is famous for jute, jam and journalism. It also suffers some of the highest levels of poverty and social deprivation in the UK. But last year, in the face of the largest refugee crisis to hit Europe since Second World War, a small group of young women began a movement that has catapulted the city to the vanguard of Scotland’s humanitarian response.

During the first week of September 2015, the image of a lifeless three-year-old Syrian boy named Alan Kurdi, face down on a Turkish beach, circulated worldwide. The toddler, like dozens before him, had drowned in the Mediterranean after a dinghy that also carried his mother and brother, had capsized. The harrowing photographs came to symbolize the true human cost of the refugee crisis. A truck containing 25 tonnes of aid, the largest shipment ever to leave Dundee, leaves bound for the Serbian border with Macedonia.

Sammi Craig, then 26 and the single mother of a three-year-old boy, broke down in tears in a hotel room. She said, “I saw the pictures on social media of Alan and others, babies floating face down in the water. I knew it was going on but something clicked in me then. I started crying and rang my sister asking why nobody cared, why no-one was shouting about this.”

Sammi began a group conversation on Facebook, with a view to starting a small collection campaign. Among this original group was her close friend Charlene Ogilvie, 29, a mother-of-three and full-time Biochemistry student at the nearby University of St Andrews.

She told Women Across Frontiers, “The goal initially was just to get a van, collect some donations and go to Calais. We’d heard of other people doing that, so it seemed realistic.”

Little did they know that within 48 hours, the appeal would have reached thousands of people. Sammi set up social media and crowdfunding pages, and Colin Storrier, who was also involved in the first conversation, used his large following on Twitter to promote the cause.

Charlene explained, “Dundee is a small city and if you share something online to enough people, you can reach almost everybody in the city pretty quickly.”

The crowdfunding page surpassed its £2,000 target within two days, and Dundee Refugee Support (DRS) saw itself propelled into a media frenzy. Sammi recalls: “I felt really anxious – we had started something big and were now responsible for making sure this happened. We thought we were going to be throwing stuff in a van, but found ourselves asking how much more we could do.” The movement galvanized the population of Dundee to an unprecedented degree, and DRS had to store its masses of donations at a union office in the city center, in cars, living rooms and even a hair salon. Sammi chuckled as she recalled: “Chantelle Ross was a single mum trying to run a beauty business from small premises, and having people bringing donations there all day long. She was stepping over bin bags to give someone an eyebrow wax.”

She then continued, “An older woman once walked up all the stairs in the old tenement block to the union office. She must have been in her seventies. She took out a little money bag and said ‘this is all I’ve got’, it was £3.20, ‘But they need it more than me’.”

Charlene added, “It was suddenly like everyone had this collective sense of purpose. Instead of just watching the news and feeling frustrated, there was something local through which everybody could actually make a difference.”

An initial meeting attracted 75 people and over 200 bags of donations, and the group received a lifeline in the form of a Mormon woman named Emma Hann, who, despite having 13 children, was able to take on an active role with DRS and arrange a semi-permanent headquarters and storage space through a local minister.

Politicians and public figures began visiting the new headquarters at Swan House, with Chris Law, the Scottish National Party Member of Parliament for Dundee West, calling for their achievements to be recognized in an Early Day Motion in the House of Commons.

But as DRS’s profile grew, so did the pressure. Sammi explained: “The donations were still coming, but the volunteers weren’t, and we had jobs, children, things that we couldn’t put on hold to pack some boxes, because the bills needed paying.”

“The stress at that point started to build because the whole of Dundee and further afield is looking at you, expecting you to make donations to these people who still haven’t had a thing from you”, added Charlene. “You’re taking people’s donations and money in good faith, but you still haven’t done anything and plans are constantly changing.” The city of Dundee and the DRS lights atop the Law, taken from the Tay Road Bridge which connects the city to the Kingdom of Fife.

With almost £7,000 still in a personal bank account and an urgent need to legitimize the operation in order to transport aid across borders, the group held a constitution meeting to become a registered charity. Their efforts were bolstered by the experienced Mike Strachan, who was appointed chairman at that meeting, and subsequently became integral in establishing connections with Glasgow, the Caring City, an organization which had been operating for over a decade. DRS became officially registered as its partner organization and was thus able to begin sharing resources and contacts to distribute its masses of aid. It has also donated to five Syrian families that had arrived in Dundee as part of the Vulnerable Persons Relocation Scheme, and several new arrivals have now expressed interest in joining DRS so as to help their compatriots who have yet to complete the journey.

Last month, DRS received an urgent request for supplies from a British Red Cross camp along the border between Serbia and Macedonia. The 25 tons they sent was the largest shipment of aid ever to leave Dundee. Sammi went to help load the truck on her lunch break, “We were all crying when the truck left. This was on a Tuesday and to know that by Friday, that coat that somebody from Charleston donated is now on the back of someone who desperately needs it, is truly amazing.”

DRS has become a hub for local activism against the backdrop of a government reluctant to play a meaningful role in the crisis. Two weeks ago, the Conservative Party voted down a motion for the UK to accept 3,000 unaccompanied refugee children from detention camps across Europe.

But by keeping people energized and engaged, those who applied the pressure to make the government take refugees to begin with, we can keep fighting for the rights of human beings fleeing war and persecution.”

Click on the gallery below to see more photos: 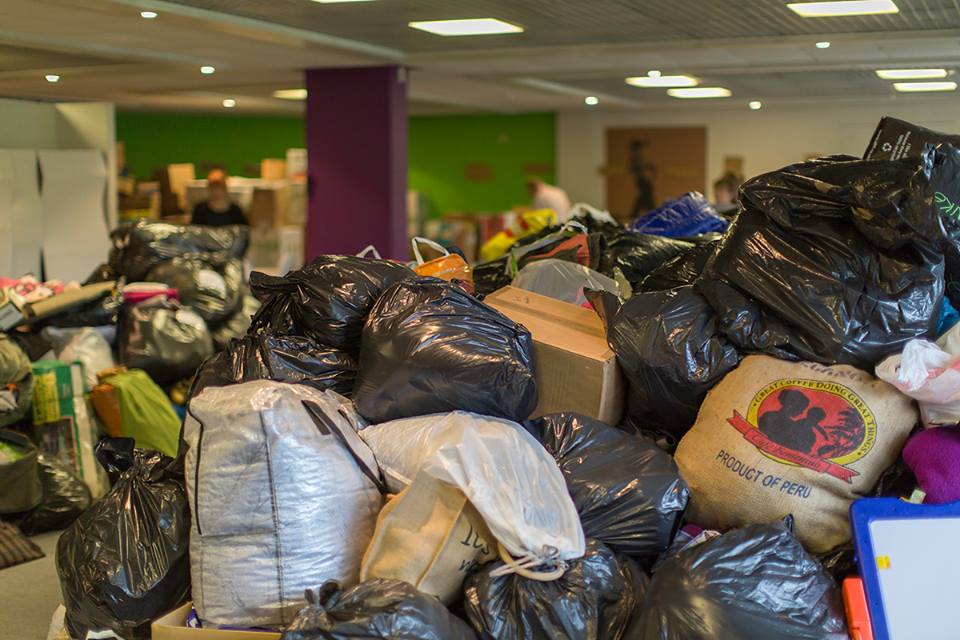 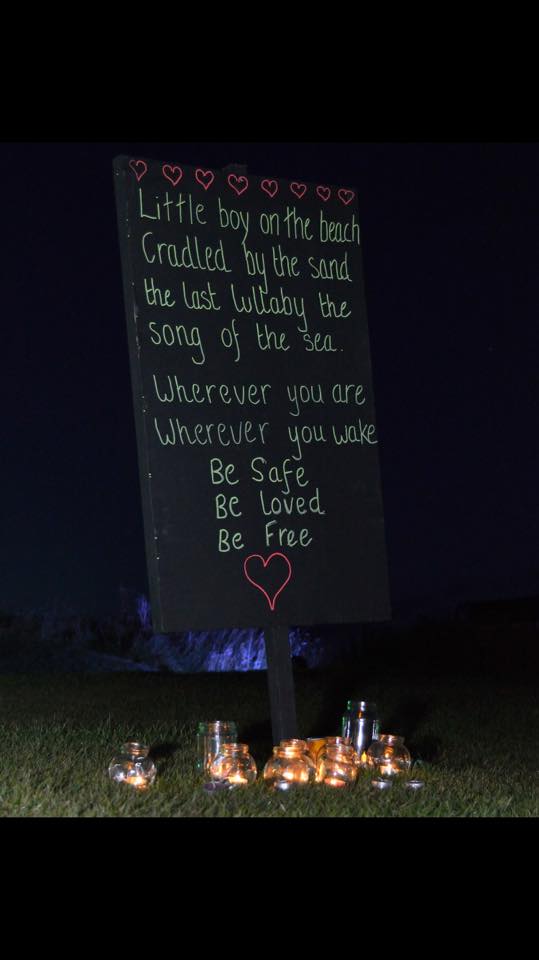 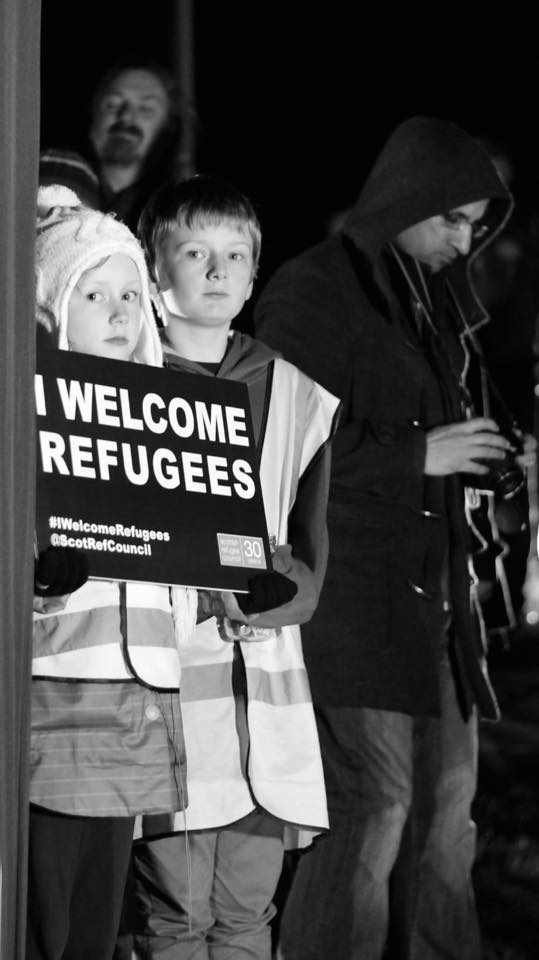 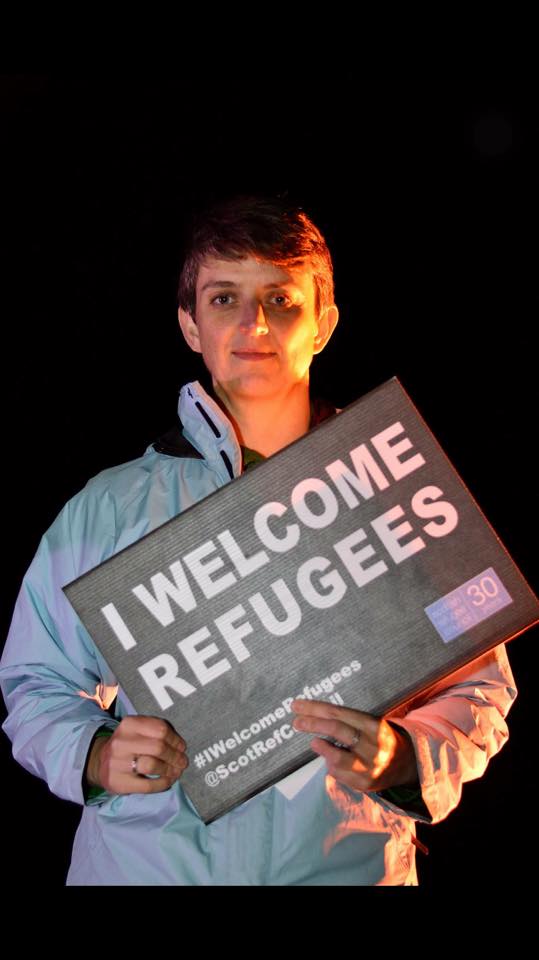 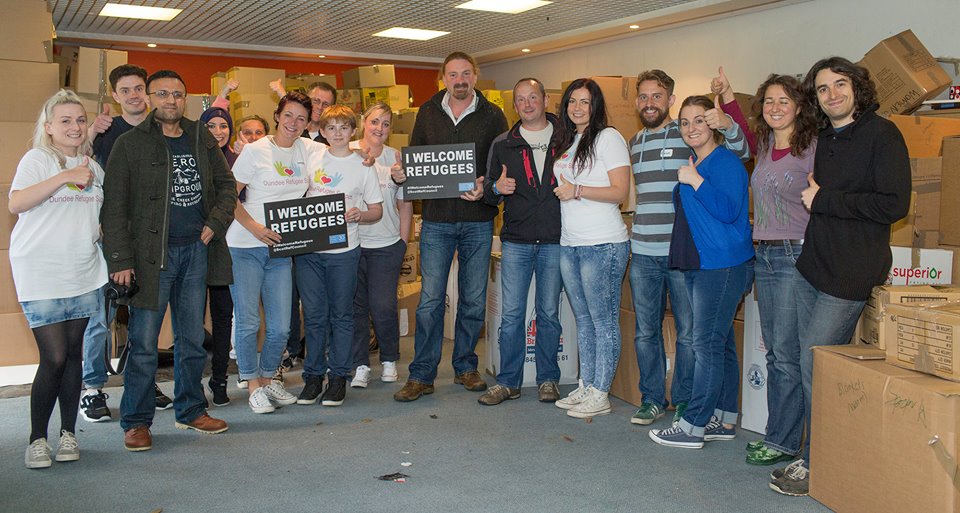 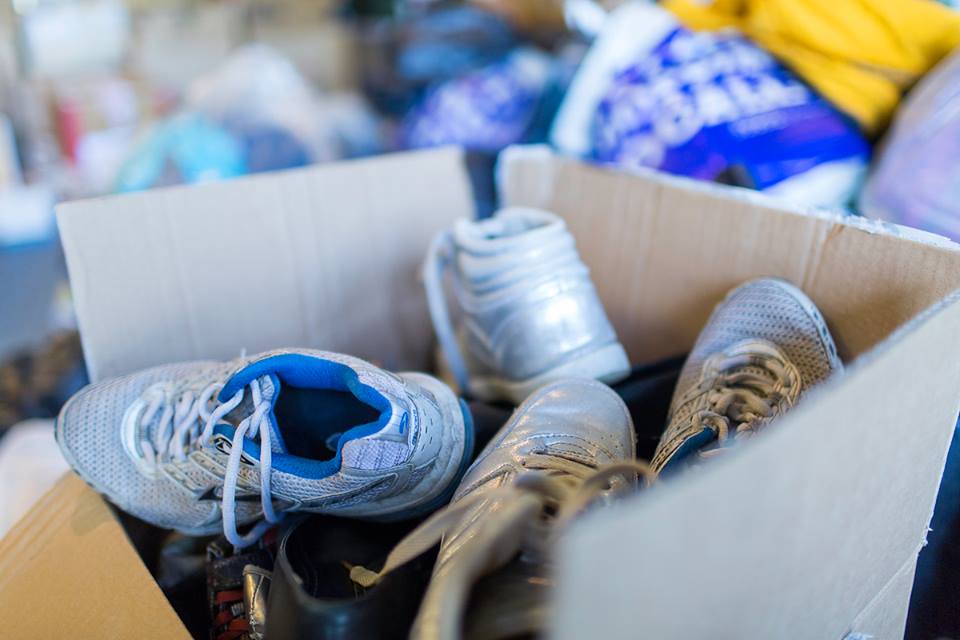 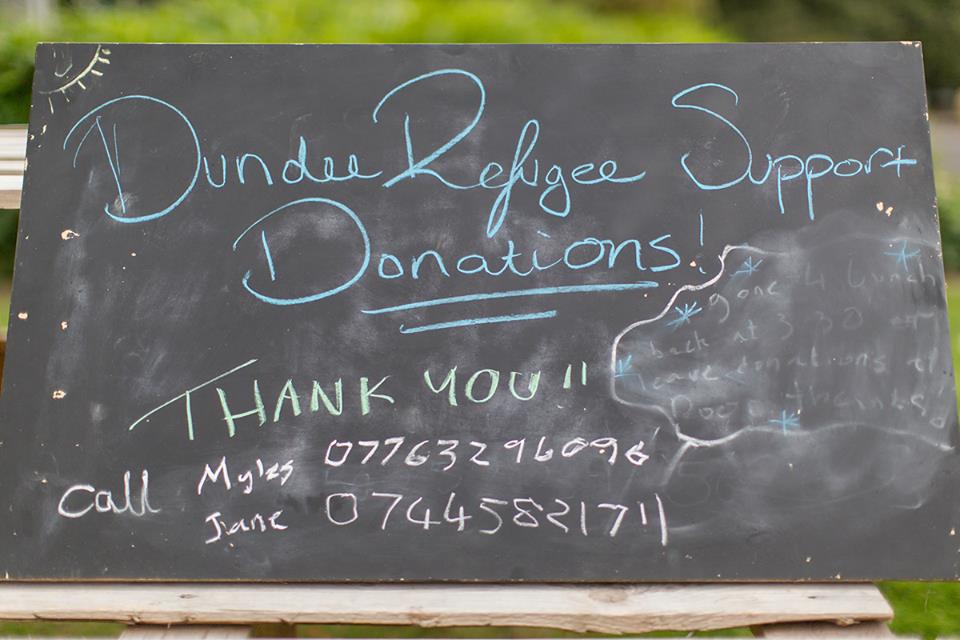 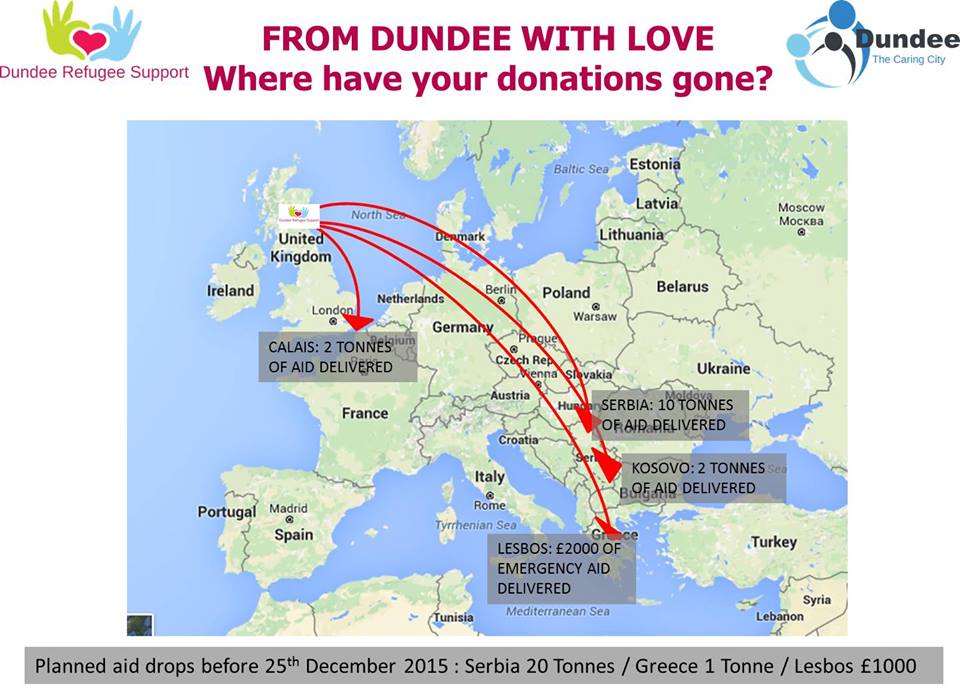 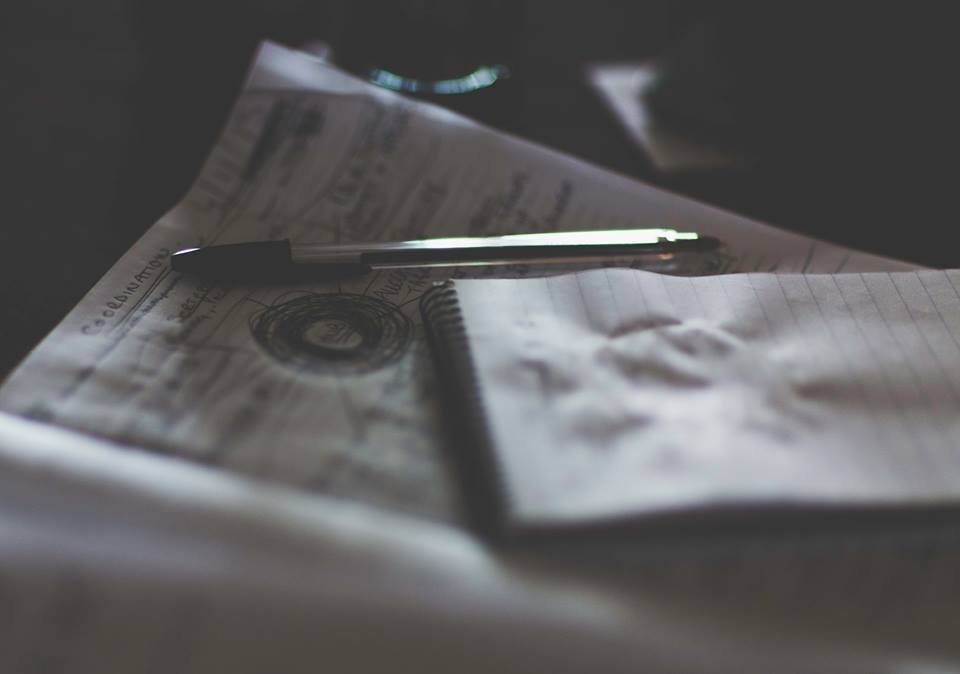 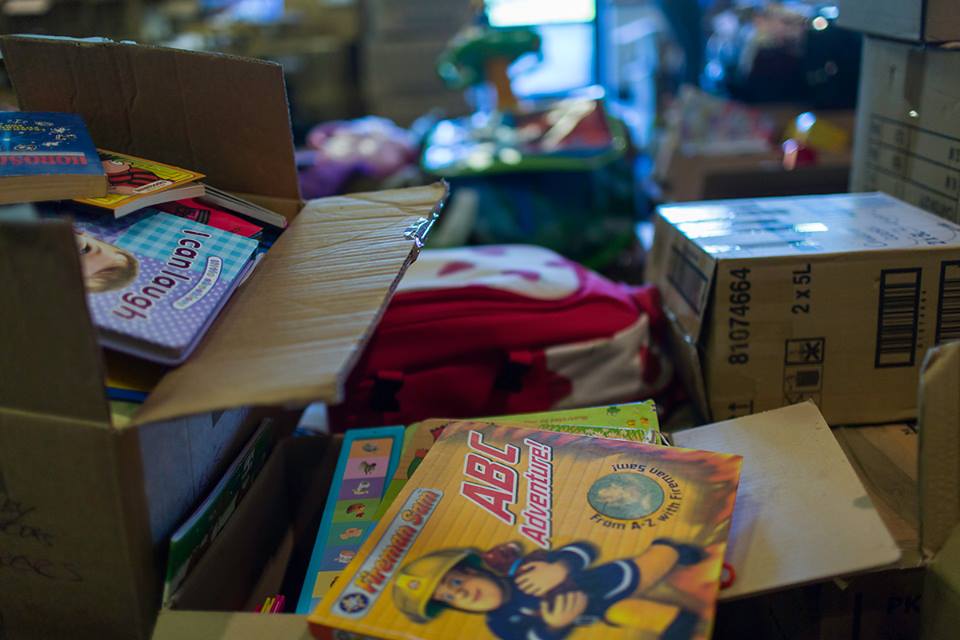