NAIROBI, KENYA: The news last month that Kenya would be closing the world’s largest refugee camp, Dadaab, and repatriating its 350,000 residents by November prompted two reactions – complete shock or dismissal.

The government’s previous threats to shut down Dadaab and expel the refugees to neighboring Somalia – torn apart by civil war for 25 years – for security and economic reasons, had proven empty.

Many people assumed that this was another warped political game of sorts. The Kenyan government’s knee-jerk reactions to terror attacks on a mall and university – carried out by Kenyans – had been to round up and deport Somalis. 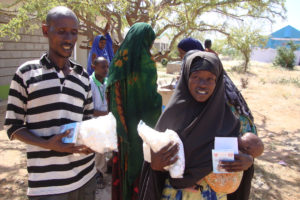 “What’s most frustrating is that the arguments that Kenya makes are just beyond reason”, said Mark Yarnell, a senior advocate for Refugees International.

“This narrative of scapegoating the refugees is just completely ridiculous when there’s such a clear homegrown terrorist problem”, he said.

Kenya’s military, which has been fighting terror group Al Shebaab in Somalia for over five years, has also been “colluding with Al Shebaab to smuggle charcoal and sugar”, Yarnell adds.

But as Kenya revoked its agreement with the Somalis, thus contravening its own Constitution, national 2006 refugee law, as well as international treaties, it looked to be selling the refugees down the river.

For women, the dangers would be particularly high in light of continuing insecurity in Somalia, rampant physical violence, and a lack of access to basic health care and education. As many refugees came to Kenya in the mid-1990s, many women and girls have never even set foot in their country of origin.

“They have nothing they’re going back to”, said Linda Oucho, Director of Research and Data Hub at the African Migration and Development Policy Centre.

“There’s that whole culture shock of girls born in Kenya who are going back to Somalia with different cultural values, where their movements may be restricted and they may be subject to early marriages”, she added.

Adoch Joyce Thalami, who works for the Norwegian Refugee Council in Kenya, also fears that women and girls will be subject to gender-based violence, and struggle to access treatment for HIV, as well as pre- and post-natal care.

“Moving from there to Somalia when the laws and the systems are not in place to address such cases, exposes them more to vulnerability”, she said.

As well as facing a cut in protection and psycho-social care, women and girls “are also at risk of exploitation”, she said. 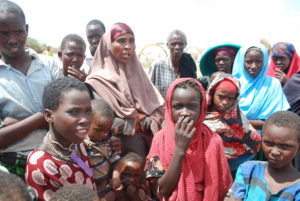 As Europe has descended into fear-mongering and deal-making over keeping out what some mainstream media have called “swarms of migrants”, some people saw Kenya’s announcement as a dangerous sabre-rattling ahead of the 2017 elections.

Therefore some see Kenya’s announcement to shut Dadaab as its turn to use the Somalis as a bargaining chip in a high-stakes game of refugee poker.

On May 27th, Kenya’s President Uhuru Kenyatta urged the international community to support the country in expelling its refugees.

“The train has already left the station. It’s now up to those who are interested in seeing the success of the journey to come on board,” he said.

“I don’t think they care about money to support the camps, they want money for themselves”, said Sara Pantuliano, Managing Director of the Overseas Development Institute in London.

“I think that they see the kind of money that Turkey’s getting and other governments are getting, and they want to see what they can get”, she added

Europe has agreed to pay Turkey – which hosts almost 2.8m Syrian refugees – €3 billion to stop migrants from reaching its shores. It is also considering huge payments to Eritrea and Sudan, both notoriously corrupt governments accused of profiting from the smuggling of their own people, to stop refugees from reaching Libya and then southern Europe. 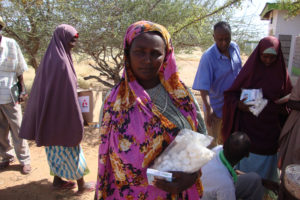 Kenya’s threat, unless compensated, to forcibly return Somalis to their country of origin, where some face persecution and many destitution, is viewed as more repulsive than European deals to keep people at home, however repressive the regime.

“I’ve been in several meetings lately where I’ve heard senior officials from various governments who have been hosting refugees, and large numbers for a very long time, pointing to the example that Europe is setting in not upholding the laws of the 1951 convention”, said Pantuliano.

Just a few days prior to Kenya’s pledge to shut down camps, Niger had asked the EU for 1.1 billion Euros to stop its people from leaving, bemoaning a lack of international support for its refugees.

“I think a precedent has been set by the Turkey-EU deal, because we are seeing the repercussions of that in subsequent negotiations going on and in Kenya’s actions, and I think that’s why this is so dangerous”, said Pantuliano.

“Say, it’s the case that Kenya wants some kind of payoff to withdraw its threats to close the camps, if donors move through with that, it only reinforces the trend we’re on now”, she adds.

“But Kenya doesn’t have the same kind of leverage that Turkey has, for example, being the most immediate gatekeeper of refugees moving into Europe, so I don’t know there’s the same kind of appetite among donors to do deals like with Turkey”, said Yarnell.

The Kenyan government has pledged to repatriate people from Dadaab in a “humane” manner and earmarked $10m for the process. But experts estimate that it could cost as much as $200m. 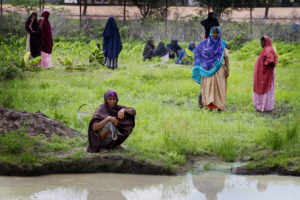 The UN says that around 50,000 have returned in recent months under their own steam, and about 14,000 more have gone back as part of a “voluntary” repatriation and reintegration scheme. The scheme is already critically underfunded, with Kenya receiving only $7.2m of the $110m pledged by western donors last year, and a far cry from the $500m requested. In an additional twist, researchers have found that many people “returned voluntarily” to collect a resettlement package of $100 before crossing back into Kenya.

There are also widespread fears that Kenya’s security forces, already criticized for their corrupt and heavy-handed approach at home and in Somalia, would not respect human rights when closing down Dadaab.

As Kenya declares Somalia safe for refugees to return to, praising its own military for having secured large swathes of Somalia, recent attacks such as the one on its own military base in El Adde tell a different story.

Rights group Amnesty International says that it “continues to receive reports of arrests, detention and harassment of refugees by the police in many parts of Kenya since the government’s plan to close the camp was announced in May”.

“I think that this argument by the Kenyan side that Somalia is safe and everyone can go home is laughable”, says Yarnell.

Women and girls who have returned to Somalia have struggled to survive, says Oucho. Many have found that they cannot use the skills that they learnt in Dadaab, such as livestock-keeping and running kiosks.

“There are stories of women going back who said that with the little money they got, they could not pay their bills or run a small business”, said Oucho.

In recent weeks, Kenya has scaled down its Dadaab dissolution plan and now says it aims to repatriate 150,000 Somalis by the end of the year. There is hope that this softening stance will mean that fewer women and girls will be given a hard landing in a place that few call home.