An Uphill Climb: Women in Politics in Japan

Japan experienced an historic transfer of power in 2009 when the Democratic Party of Japan (DPJ) defeated the Liberal Democratic Party (LDP), which had been the ruling party for all but one year since the end of World War II. That election witnessed another notable, if less visible, achievement: the DPJ’s Shiori Yamao, a University of Tokyo graduate and former prosecutor, defied the odds in the country’s traditionally male-dominated political system to become one of the relatively few number of women to win a seat in the lower house of Japan’s bicameral parliament.

But shortly after Yamao became one of the few lawmakers to give birth to a child while in office, her party suffered a landslide defeat in the 2012 snap election—and she also lost her seat. Yamao explained that it was difficult for a mother of a toddler to be a politician in a country where women serve as the primary caregivers for children and elderly relatives. “In Japanese elections, candidates win based on shaking hands with voters rather than on the viability of their campaign promises,” says Yamao, who was later re-elected in 2014. “It is very difficult for mothers to win an election when they cannot spend 100 percent of their time on the campaign.” 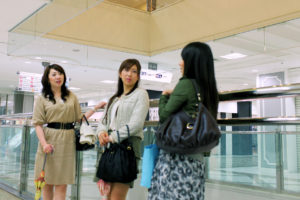 As part of his effort to boost Japan’s economy, Prime Minister Shinzo Abe has focused on increasing female participation in the country’s labor force, including addressing a national shortage of day-care centers to help new mothers return to work. He also supported a goal of having women occupy 30 percent of leadership positions by 2020—a target which his government lowered in 2015 to just 7 percent. The revision appeared to be an acknowledgment of the challenges to changing society’s attitudes about traditional gender roles, including in the country’s political life.

Female political representation in Japan has grown very slowly since 1946, when Japanese women won the right to vote. The first post-war general election that same year saw 39 women elected to parliament—representing just 8.4 percent of all of the legislature’s members. After the Socialist Party’s Takako Doi became the first female leader of a political party in 1986, she helped usher in the so-called Madonna boom, when larger numbers of women ran successfully for political office. Her efforts to recruit more women to become candidates helped increase the proportion of women in parliament to 17.5 percent following the 1989 upper house election. Following the 2009 elections, female representation in the lower house rose above 10 percent for the first time.

According to Mari Miura, a political science professor at Tokyo’s Sophia University, the kind of recruiting measures Doi engaged in need to be done more often. “As long as it is men who handpick female candidates, it will be difficult to appeal to female voters. Female political leaders and parties have to make much more of an effort to connect with female voters to achieve a gender-balanced political system.” 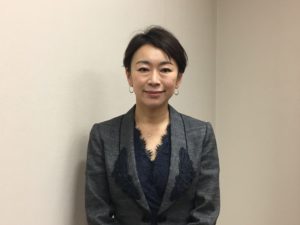 Seiko Noda, an eight-term legislator in the lower house, argues that some female candidates still have a hard time collecting political donations because of gender discrimination. She also says that her party, the LDP, told her that she should not actively campaign for female candidates if there were no men running as well. “I don’t think the LDP wants more female lawmakers. If they did, we would have more…by now.”

Noda says that Doi was one of only a handful of women in political life when she was first elected in 1993. But she also recalls that Doi, who was single and had no children, believed that women would have to stop behaving like traditional Japanese women in order to succeed in politics. Noda navigated—and to a large extent, assimilated into—the male-dominated political world. That changed in 2011, when she became pregnant through in-vitro fertilization, because she said she “wanted to recover her womanhood.” Her husband stays home to care for their 6-year-old son, who is handicapped.

“Nobody can have it all. I feel it is strange that Japanese female executives who make a lot of money want husbands who earn more and hold much higher positions than they do,” Noda says. “In order for me to continue my career, I chose a husband who would support me, and instead, I am taking care of the household finances.”

More than 70 years after getting the right to vote, women still account for only 9.3 percent of members in the lower house of parliament, according to the Inter-Parliamentary Union—placing Japan 163rd out of 193 countries in terms of the percentage of women in national legislatures. In Japan’s less powerful upper house, women comprise a more respectable 20.7 percent of members.

Some female and male lawmakers agree that a quota system is necessary to increase the number of women in politics, yet an effort to that end spearheaded by legislators like Noda and Yamao in 2016 failed. Now, a bipartisan draft law submitted in 2017 that does not mandate quotas but encourages parties to select as close to the same number of male and female candidates as possible is likely to be adopted later this year. As Masaharu Nakagawa, a member of parliament who heads the bipartisan group that drafted the legislation, explains, “It is also good for men, as society needs diversity in order to evolve.” 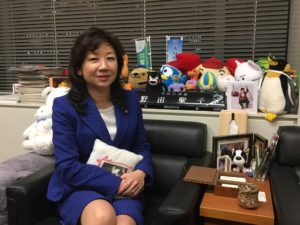 Despite the challenges female politicians continue to face, there have been some recent encouraging developments. Female representation in the upper house increased by 5 percent after the July 2016 election. The following month, voters chose Yuriko Koike to be Tokyo’s first female governor. And in September, Renho Murata, who had served in the upper house for more than a decade, became the first woman to lead the Democratic Party (which was formed in March 2016 as the result of a merger between the DPJ and another political party).

Miura remains cautiously optimistic. “It’s unlikely that we will suddenly see a large increase in the number of female politicians as there is a time lag. But if female political leaders become more visible in everyday life, more women will feel encouraged to enter the political world.”

Meanwhile, the tide has already begun to turn—albeit it slowly—for female lawmakers with children. In 2000, the upper house finally revised a rule to allow female lawmakers to take a leave of absence after giving birth. The reform came right before Seiko Hashimoto, a bronze medalist in skating at the 1992 Winter Olympics, became the first upper house lawmaker to have a baby while in office. Ten years later, in 2010, a child care center opened in parliament, and the number of female lawmakers who have had children continues to increase.

Nevertheless, Yamao still struggles with having to leave a work-related meeting early in order to spend more time with her son. “I hope for a society where mothers—whether or not they are politicians—do not have to apologize for doing the most natural things, such as caring for their children.”