Estereotipas: The Hilarious Group That is Challenging the Conversation on Gender Equality

The Mexico City-based trio of Estereotipas is ready to film another episode of their hilarious and irreverent web series. The talent –Catalina Ruiz-Navarro, a journalist and social commentator, and Estefanía Vela Barba, an academic and a writer– is in place while Marcela Zendejas, the show’s producer and a human rights activist, takes her place behind the cameras.

Today’s theme: a day without women. The video is in support of ongoing strikes taking place in Argentina after a group of women were told to leave a beach for sunbathing topless (the police cited a criminal code prohibiting “obscene displays”). Catalina and Estefanía play all the characters, which today consist of a condescending priest, a “macho progre” that uses his so-called feminism to pick up women, and men struggling to balance work and childcare. 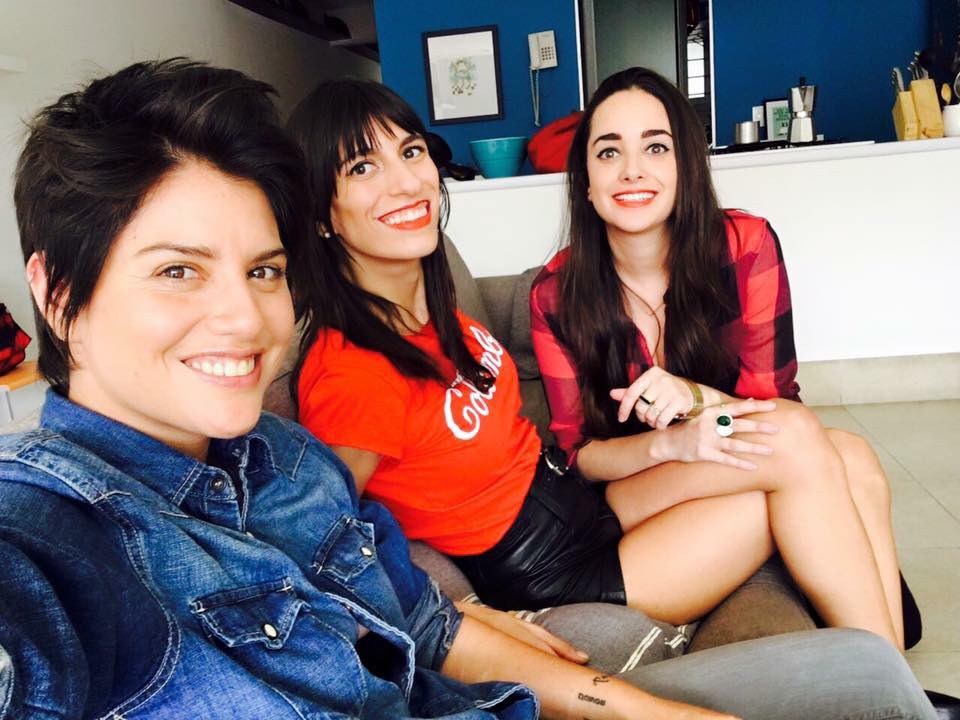 Their sketches tackle discrimination and oppressive policies against women in Latin America using the medium of the Internet, appealing to a generation used to getting their social commentary through sharp, viral comedy.

They know feminist theory. They know the intricacies of legislation. But they break through to a wider audience with humor and an understanding of how to jump on real-time discussions.

Catalina and Estefanía, cofounders of Estereotipas, met, not surprisingly, on Twitter. Not unlike in the US, the social platform in Latin America has elevated the voices of activists that were never part of the mainstream. They were both writing about feminism and discrimination in Mexico and Colombia. When Catalina moved to Mexico, people suggested she should read Estefanía’s work. “We are the token gender writers and token women,” says Estefanía. “So when we met each other online, I think it was only natural for our relationship to continue.”

Marcela was a friend and admirer of their work. She recognized the importance of the conversation that was taking place between the two women and decided it was time to find a wider audience: “They had already been working for so long on those subjects, and they already had this very strong audience online. It was a matter of just hitting ‘record’.”

At first Catalina and Estefanía wanted to create a radio show. They pitched the idea to producers in Mexico City, but nothing materialized. Marcela pushed to create a series of videos themselves and use social media to distribute them. “That was the point, use your own media. Everything you have around you,” she says. “The importance is to have it out there.” 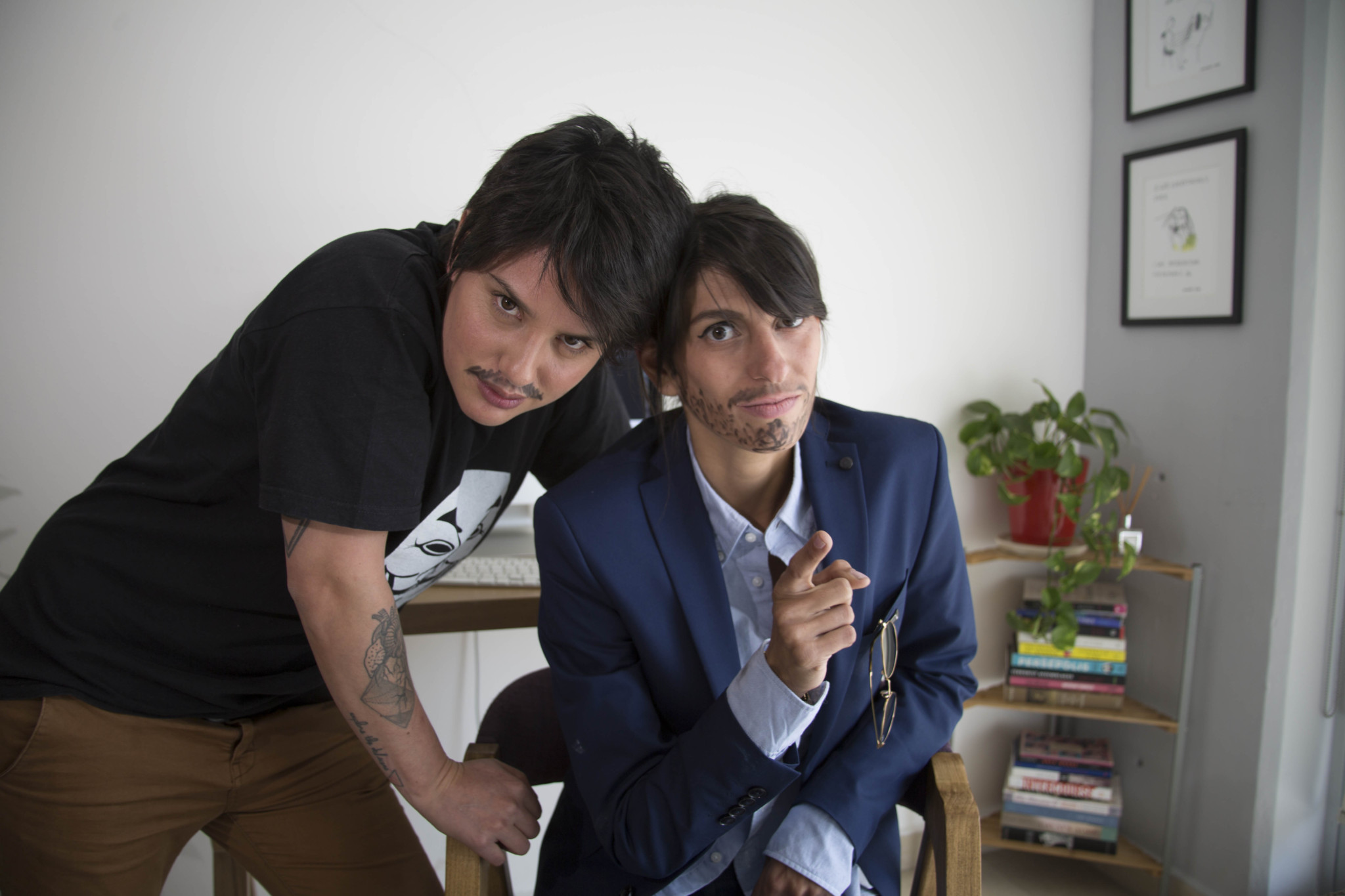 Their videos expertly navigate the fine line between comedy and commentary. The sketches are loaded with sarcasm, irony and, considering none of them have had real training, really good acting. They touch on very sensitive topics and raise important questions. But they also poke fun at themselves, like with the video “Cuando quieres disfrutar la vida, pero tu amiga feminista te lo jode todo” (“When you want to enjoy life but your feminist friends ruin everything”). It was released just three weeks ago and has over 300,000 views. It shows two friends constantly bickering about fun things to do, but one is constantly reminding the other of, for example, the misogynist themes in “How I met Your Mother.”

Estereotipas aims to fill a space in the conversation about gender equality and feminism in Latin America. They’re trying to insert these issues into pop culture, to make feminism accessible and create useful tools to identify gender discrimination in everyday life. Their Twitter hashtag #miprimeracoso (“my first harassment”) generated a flood of responses: after two hours of launching the campaign they were receiving 420 tweets per minute. The day before the hashtag was launched, Estefanía wrote a column about her first harassment for the first time publicly.

Catalina notes that the importance of this campaign was that it was a memory exercise that allowed women to look back on their abuse from a place of power. She says, “Sometimes when women are abused or harassed we feel like damaged goods, and we feel if we tell this to people we are going be a bore, or a drag, or we will be seen as victims. But if all of us, because all of us have an experience of abuse or harassment, if all of us have had this, it’s a shared experience. It’s something different because then you are not a lonely victim anymore, it’s something that happens to all of us. So it turns from being a shame to being enraged. And that changes the power.”

Their audience is 18-35, a young, predominately female audience, that identifies with feminist ideals, but because of negative connotations of the term and lack of social mainstreaming of these concepts, they didn’t previously have pop-culture media to turn to. “Feminism is this amazing thing: plural, complex,” says Estefanía. “So many people are losing out on feminism because we have these very specific stereotypes about what a feminist is.” 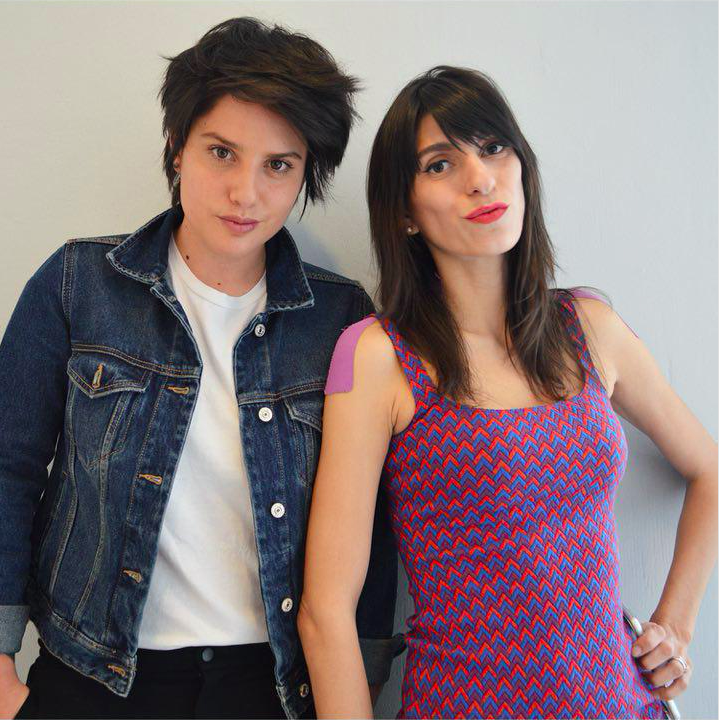 They seem to be gaining ground, with more than 50,000 followers on Facebook and a constant outpour of new material. A follower used one of their videos to show her boyfriend what “mansplaining” was and now he gets it. This highlights another aspect of their work: adapt terms coined in English for Spanish speakers. English has always been a concise language after all, good for catchphrases and slogans. So “mansplaining” becomes “manxplicar”.

The women of Estereotipas are students of pop-feminist movements in the US and elsewhere. While they understand the differences and needs of women in Latin America, relatable pop-culture concepts resonate with their millennial audience.

In their video “Las 4 objeciones más communes del #25N”, Estefania and Catalina play male characters mocking the 25 November, an international holiday to raise awareness of gender violence. They know the limits of humor, but also know its reach. As Catalina puts it: “This is what we think is powerful: if you can play that video to your father, to your mother, and tell her that this is my problem. You’re giving them actual tools to fight these things.”

Trolling is the price they pay. Catalina experiences it daily in all aspects of her work, both because of Estereotipas and the newspaper columns she writes. “Not a day goes by without me being called ‘puta’,” Catalina notes. It’s exhausting, she says, and sometimes it’s predictable, the same men on the same days.

But it doesn’t deter the two women. Their hope is to have this project turn into their full-time work, and they will be working this year to raise funds to start a nonprofit. In addition, they hope to be even more intersectional and lift up other female identifying voices around them and share their platform to make these voices louder.

“Estereotipas is also betting for counter speech,” says Estefanía. The two women expect that there will be critiques of their work and of feminism in general. For Estereotipas, the answer is simple, Estefanía asserts: “So, how do you counter anti-feminism? With more feminism.”