Bringing The Healing Power of Yoga to Survivors of Domestic Violence

“Listen, Ladies” podcast talks to Zoë LePage, founder of  Exhale to Inhale, an organization that “empowers women who have experienced intimate partner violence and sexual assault to heal and reclaim their lives”, according to its website. The interview has been condensed and edited.

Listen, Ladies (LL) :Zoë LePage is the founder of Exhale to Inhale and developed the concept while a student at Barnard college in 2013. Exhale to Inhale is an organization that brings yoga to victims of domestic violence. First, I just wanted to get Zoe to give us a little bit of background as it’s really important that people know about the prevalence of domestic violence and who’s affected by it.  Could you give us a little bit of context on that front?

Zoë LePage (ZL): Hi guys, first of all, thank you so much for having me today. Really, really grateful to be here. I think you’re right. I don’t think many people know how prevalent domestic violence is in our society and in this country. The statistic is domestic violence affects one in three women in the US. And if you want that in a different context, approximately three women a day lose their lives to domestic violence, which is shocking.  And rather than just being a number on a piece of paper that you read, domestic violence doesn’t discriminate. If it’s not your story, if you haven’t been affected by it in your life, it’s your mother, it’s your sister, it’s your aunt, it’s your best friend. It’s not an issue that people talk about, so that one-in-three number is really only what’s reported. It’s probably even greater than that. It doesn’t matter how much money you have, what color your skin is, where you went to college, or if you went to college. I have a family member who is a survivor, and I had a few friends during college that were survivors of sexual assault, so I realized that this can happen to anyone. I saw how the experience that my friends and family member went through and how that affected them, and I set out to create the program I wish they had had. When you know someone who’s been sexually assaulted—or if you have been— there are all sorts of things that you’re supposed to do—whether you report it to the police or the school, all of these kind of external things—but then it’s nice to have something that’s internal for you, beyond therapy, where you can feel okay in your body.

Zl: You’re right. It’s 2017, and there’s a yoga studio on every corner. And every one of them has a different style. So our style, the exhale-to-inhale methodology is trauma-informed yoga. And we’ve designed it with the survivor in mind. So what that looks like is very specific. Our yoga teachers teach from their mat at the front of the classroom. They’re not walking around, they’re not giving physical adjustments.  We believe that touch can be healing, but for women who have had their body, their space violated, it’s really important that they have a sense of this is my body, this is my mat, no one’s going to come on it. All of our language is invitational, so what that looks like is: I invite you to raise your arms if it feels comfortable, if it feels useful. I jokingly say most yoga teachers are quite bossy. They tell you when to breathe, when to exhale, where to put your arm, where to put your knee, can you bend more, faster, harder. It’s a lot. And so again, the experience of trauma is the experience of having choice taken away from you, so on the yoga mat, we’re giving survivors the opportunity to practice making choices with their bodies again, having that experience of making a choice, deciding if I like it or not, and I can always choose again. Starting to weave in some of that philosophy and mindset through the yoga practice. Many yoga studios play music. We don’t as you never know what a specific song is going to bring up for someone. Perhaps that song was playing when abuse was happening, perhaps there are other bad memories the song brings up.  And then we all know that music can take you away, and that can be beautiful in some ways, but through our yoga practice—through Exhale to Inhale—we’re really inviting survivors to stay present in their bodies, to track sensation, to track what’s coming up rather than getting taken away by it, So those are just some of the differences between your typical yoga class and ours.

LL: Where do they find you?

Zl: All of our classes currently take place in domestic violence shelters, agencies, or rape crisis centers. Places where survivors are already going on in a regular basis. If you’ve ever tried something new in your life, it’s hard enough to make yourself try something new. For the women we serve, coming to the yoga class already takes so much out of them. Mostly they’ve never done yoga before. I’ll just add that what I found with those first few conversations with yoga teachers is that many of them themselves had histories of abuse. So they were eager to give back, and this was great. But again, these people that trusted a college senior, they jumped on the train with me and were just like, “Great where are we going?” You asked about skeptics in terms of the students?

Zl: It’s interesting. One of the main responses we get from students before they try the yoga class is, “I’m not skinny enough, flexible enough.” A few of them said, “I’m not a skinny white woman, I can’t do yoga.” And so a huge part of our work in those initial conversations, those initial sessions, is educating them about what yoga is.

To listen to the whole interview, download Listen, Ladies in iTunes: http://apple.co/2sx8swC 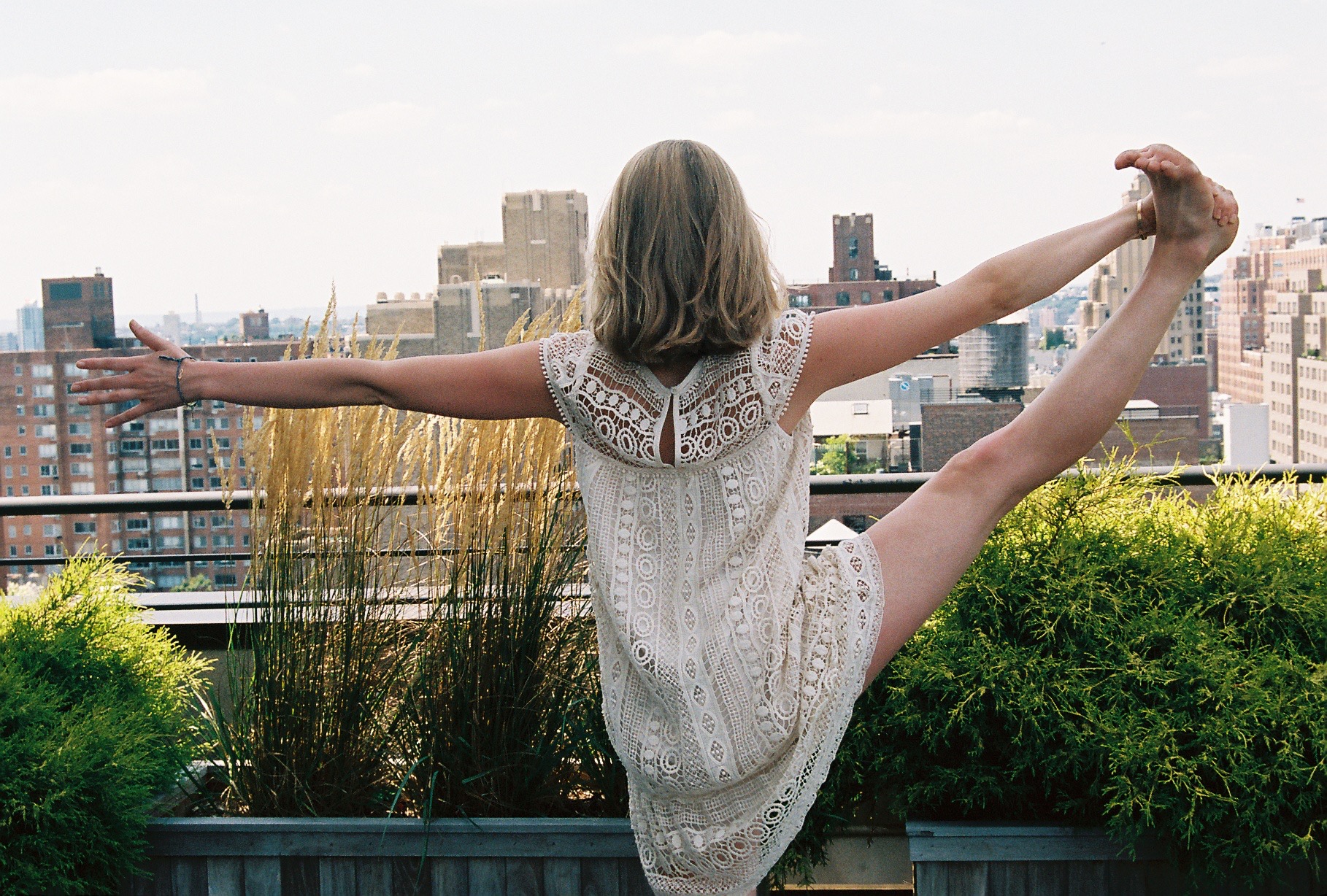