“She Fights”, by Photographer Sharon Attia

For her senior thesis at NYU, Sharon Attia, explored the ways in which collaborative culture – and boxing – can empower women and girls in male-dominated spaces.

Boxing is often thought of as a man’s sport. Although women have been boxing since at least the eighteenth century, female boxers still do not receive the same pay, media attention, or recognition as their male counterparts. It wasn’t until the London 2012 Summer Olympics that women competed in boxing events at the Olympic Games.

Inspired by Jessica Bennett’s best-selling book, Feminist Fight Club,  She Fights is a foundation that teaches boxing to teenage girls of color in New York City.The organization offers free classes to young girls from immigrant households and low income backgrounds in lower Manhattan. The nonprofit uses boxing as a tool to tap into women’s strength and to challenge society’s limited definition of femininity.

The visual representations of women and girls in photography has long been shaped by a system that both excludes and stereotypes, showcasing women as objects and accessories and as often lacking in agency. This project aims to present its subjects as they really are: diverse, collaborative, imperfect, strong.

Click on photos to view full gallery.  All photos by Sharon Attia 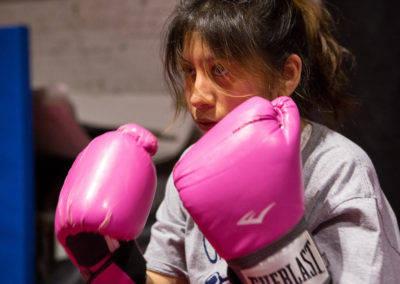 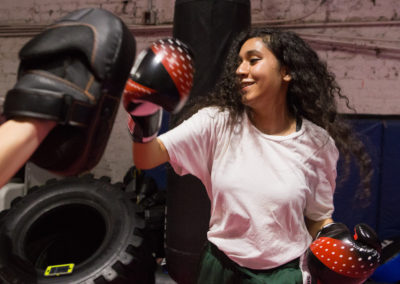 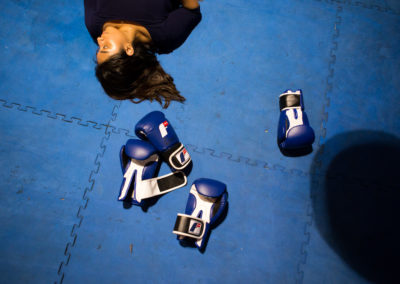 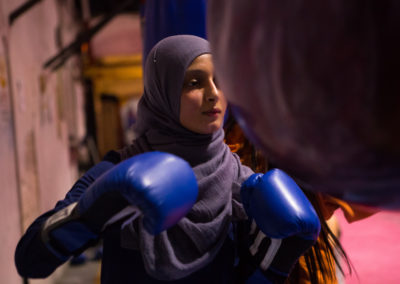 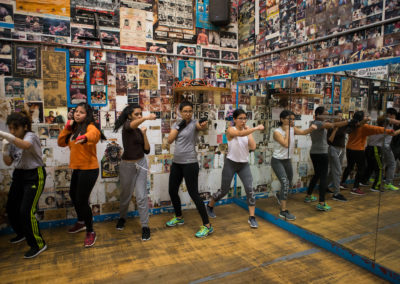 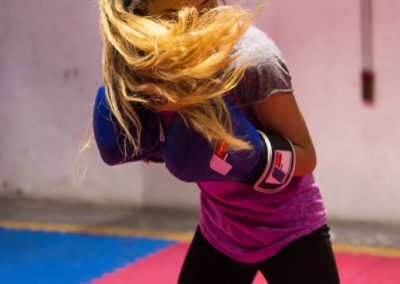 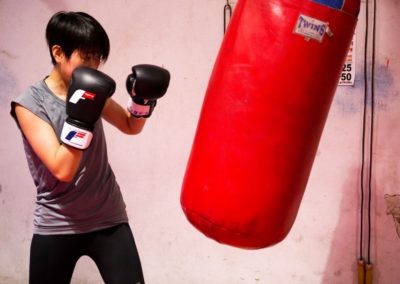 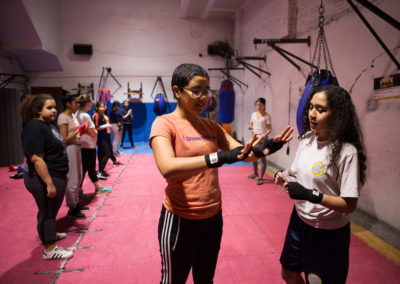