It ‘Sits In Your Soul’: Women Journalists Talk About Covering Violence

Female journalists face death and kidnapping threats, as do their male colleagues. Yet, women also face unique threats, such as rape and sexual assault, that are far less common for men. Additionally, UNESCO reports that women face increased risks of cyber harassment.

To learn more about female journalists’ experiences, I interviewed 35 reporters, photojournalists, and bloggers who have covered violence around the world. Because some of the journalists defied their governments to do their jobs or risked retaliation from reporting on terrorist groups, they were promised anonymity, and I used pseudonyms in this piece.

The journalists I interviewed had coveredmultiple forms of violence. 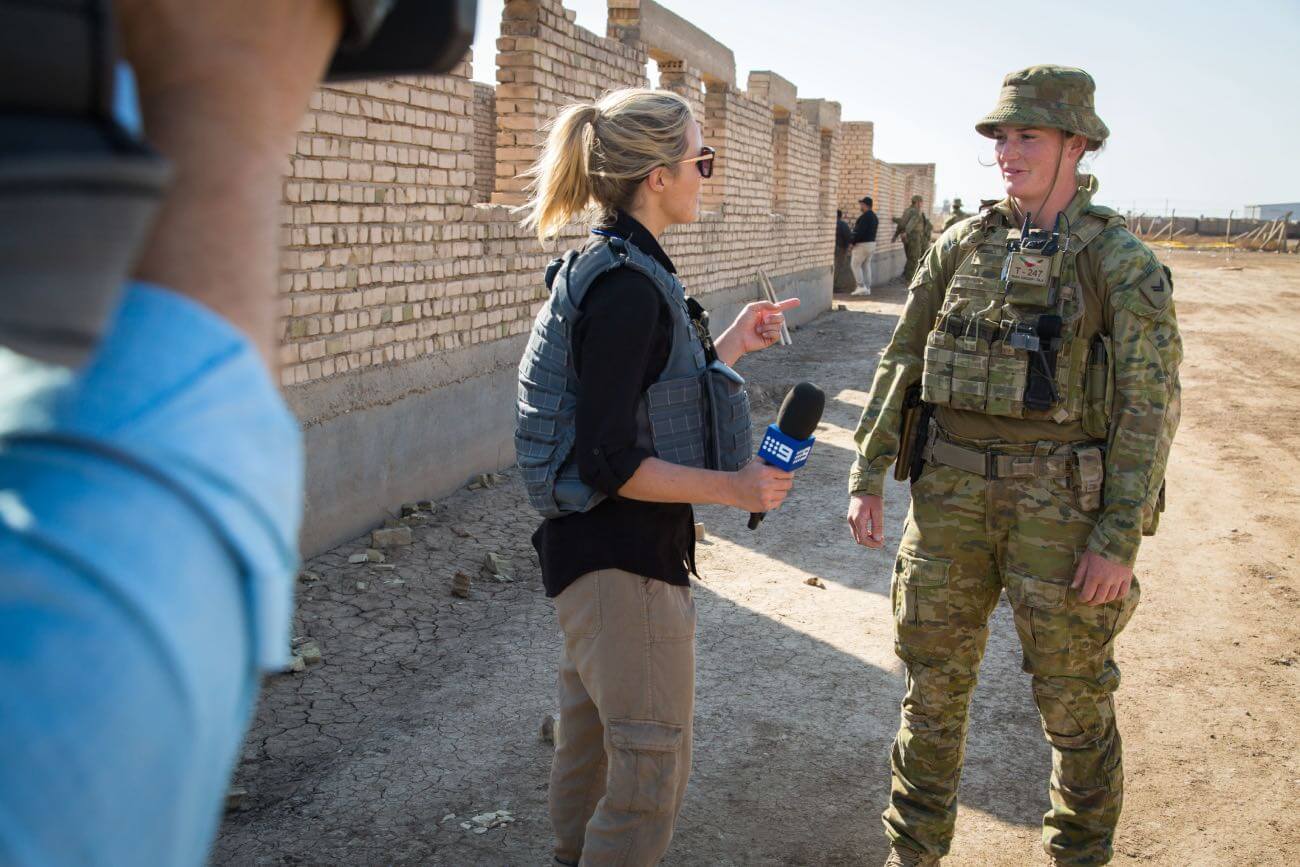 Even if the journalists did not see violence firsthand, one of their jobs was to interview or photograph people who did. When Adilah covered the 2003 earthquake in Bam, Iran, she remembered interviewing a mother who had lost her three daughters. “We saw this one woman standing there…. She had a coat and was holding her handbag. I said, ‘Hi, what’s happened?’ And she said, ‘I got here hours ago. I flew in from Tehran. I came to see my girls. I’m now here with my girls.’”

Among the 35 women interviewed, at least four had been physically attacked, four had been shot at, three had been sexually assaulted, and most had been threatened or harassed for doing their jobs.

Esin, who worked in her home country of Pakistan, has been shot at twice, once by police. “I felt like I might not come out alive. That was a very close call.”

Denisa was a reporter who worked in her home country of the Democratic Republic of the Congo. She was traveling with a government delegation when she and her colleagues received word that two journalists had been kidnapped. “We ran into the bushes. We ran five hours. At that time, I wasn’t any more a journalist. I was an actor in a violent problem.”

Emine, a Turkish journalist, said she was anxious when she talked with members of the Kurdistan Workers’ Party (PKK), a rebel group that has been in conflict with the Turkish government since its formation in the 1970s. “The first time I interviewed a PKK terrorist, I couldn’t sleep for about a week,” she said. “To me, what was crossing my mind…is that these people have taken lives, and they can take mine.”

In some situations, being a woman carried its own risks. Martina said when she began working in Mexico, a country with a high rate of femicide, she thought continually about her safety. Caroline, a U.S. journalist, was attacked in Africa. “I was not in the process of newsgathering. Just walking…. It didn’t feel sexually motivated, but it was definitely violence directed at a female,” she said.

Some female journalists said that covering violence won them the respect of their colleagues, and they felt a sense of pride when they were the first or only women to cover an issue. Some said it helped them become better journalists because they learned to balance the need to tell a thorough story with the need to show compassion for survivors of violent events.

The motivation to take on these difficult assignments, women journalists said, was to illuminate, not exploit.

“My main questions have not been so much what happened but why? Otherwise, it’s pointless,” said Arina, a journalist in Estonia.

In addition to explaining the “why,” journalists I spoke to said they wanted to highlight the “who” and tell the stories of people affected by conflict and trauma.

“It’s not that I aspire to be great. It’s more, ‘Do you believe that each of us is here for a purpose?’ I do. We’re all born with a purpose. Even if a child is born and suffers terribly and dies very young—people like me find their purpose,” said Claire, a journalist from South Africa who has covered violence in her home country and abroad.

Some of the journalists wanted to call attention to a specific region.

Asya has worked in Iraq, Pakistan, and now Turkey. “I choose the Middle East, partly because this is the place of heritage. I grew up in the west, but I am from the east. If I can translate one to the other, then any little piece of the jigsaw I can contribute is of value.”

Falak, a photographer in Armenia, said her job allows her to be creative, but she also feels a need to tell others what is happening in her home country. Jessa, a journalist working in Myanmar, said: “I am more convinced that the role of a journalist is crucial in a closed country as we are the main source of information to the outside world.”

Other journalists said they wanted to report on certain issues that they saw were missing from news reports.

Alima, a journalist working in her home country of Afghanistan, wanted audiences to hear “the voice of women—for the national and international community to know what is going on for women in Afghanistan.” Lillian, a U.S. journalist, began reporting on stories of human trafficking in Latin America because “it was a story that kept coming up over and over and over again, and it never got covered, and it never got covered from a woman’s point of view.”

The emotional toll of covering violence

For journalists, covering violence was not only physically dangerous but “so emotional and sits in your soul,” said Sarah, a Canadian journalist who has worked in Africa and the Middle East.

Two of the 35 women interviewed said they had post-traumatic stress (PTS), while one said she might have it. Others described feelings of irritability and hyper-vigilance, as well as nightmares and insomnia—all symptoms consistent with PTS.

PTS rates among journalists vary from 4 to 29 percent, Canadian researchers Patrice Keats and Marla Buchanan have reported in the journal Traumatology, although Dr. River Smith and colleagues at the Veterans Administration Center in Oklahoma report that PTS rates for journalists can be as high as 60 percent.

And some research suggests that female journalists may be more likely than their male colleagues to experience reactions to violence. A 2018 University of Toronto study found that although male reporters are exposed to more violent events, female reporters have a greater incidence of PTS.

Adira, a Pakistani journalist, said she can’t get the bombings, gang wars, and terrorist attacks out of her mind. “As I witnessed many events from up close, my mind keeps playing those events. It leads to fatigue and depression. It is good to shrug off and move ahead into the next day, but unfortunately, most of us cannot do this, and we carry the burden of past events for a long time.”

Yet, journalists did not have to witness violence or conduct interviews to feel shock or despair. Olivia spent hours listening to 911 emergency calls from victims of the Pulse nightclub shooting in Orlando, Florida, in which 49 people died. “Listening to the last minutes of people’s lives—it was really upsetting.”

How can journalists do a better job reporting on violence and its effects? How can they tell stories more accurately, more authentically? The journalists I spoke to offered this advice.

To read the entire 12-part series on women journalists who have covered violence, please visit my website: www.drbarbarabarnett.com