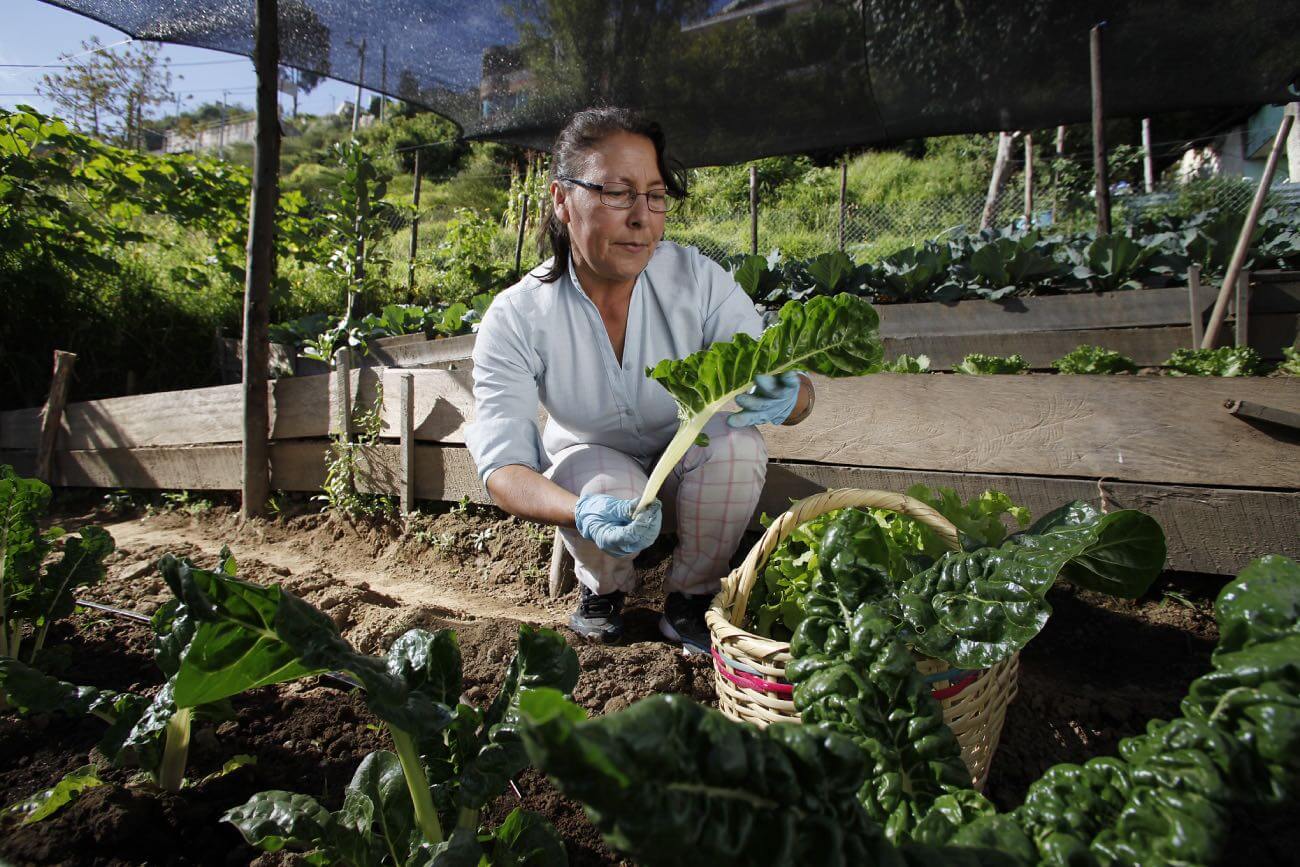 Urban Agriculture: A Viable Alternative to Wage Labor for Women in Quito

Urban agriculture has existed in Quito since the 5th century, but it wasn’t until recently that it has been conceptualized and promoted in a way that takes into account economic development, sustainability, resilience, and health.

In 2002, the city of Quito launched AGRUPAR (Agricultura Urbana Participativa — participative urban agriculture), a project that combines urban agriculture with local economic development, food security, territorial planning and social services. It is aimed at women heads of household, the elderly, the disabled, children, farmers, refugees, migrants, and recovering addicts.  The program has benefited 350,000 residents of Quito since its inception.

AGRUPAR was founded in response to the city’s building and population growth and to rising rates of poverty and hunger.  Its leaders also wanted to foster sustainable environmental management.  Of utmost concern were Quito’s most vulnerable citizens. 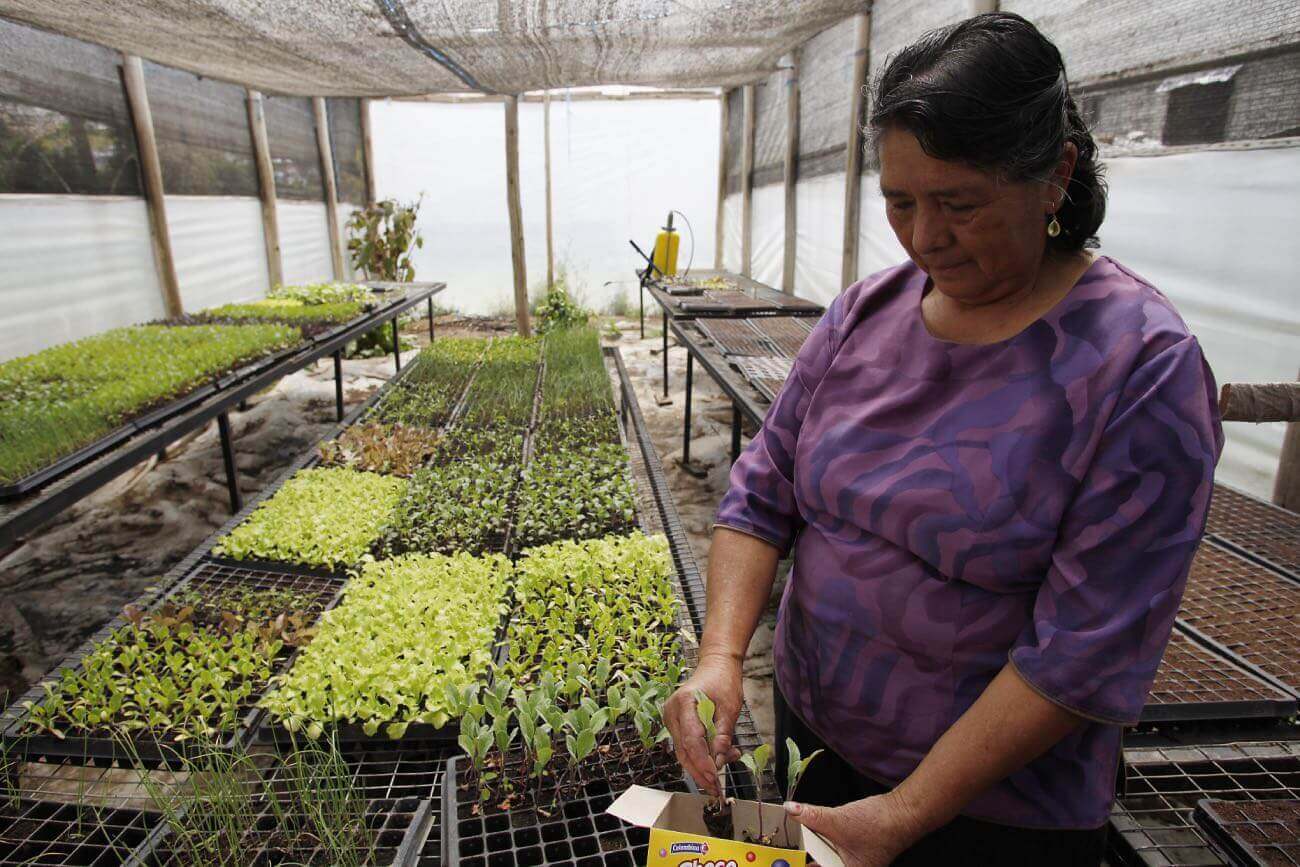 Since its inception, AGRUPAR has increased access to fresh, healthful food by promoting self production in family, community and institutional gardens. The project has created 3,300 orchards that yield approximately 900,000 kilos of produce per year. It distributes 53% of these crops for free to the needy and sells the remaining 47% to local residents.

AGRUPAR teaches everyday citizens to farm.  For urban women, who otherwise earn on average USD. 175.00/ month, this makes gardening a viable alternative.It has taught women about recycling, waste management (composting), and water conservation, and it has enabled many women to grow personally and to support their families financially.  In recognition of these impacts, in 2017 Quito received the Momentum For Change Award from the United Nations Climate Change Secretariat.

AGRUPAR addresses poverty, food insecurity and nutrition.  For Rosalía Paucar, who farms at the orchard in Guangopolo’s province, consuming fresh produce means a more satisfying and healthy diet, a difference she says you can tell with the first bite. “It is tastier, one can really taste the food, there is a big difference. Beets are sweeter, radishes and cabbages are softer. It is better,” she says.

And statistics bear this out.  Eighty percent of women report they now eat new foods and see and improvement in their family’s health.Even more important, many of Quito’s families now have a guaranteed source of food for the first time.

But perhaps the greatest benefit AGRUPAR has conferred on the women of Quito is psychological. 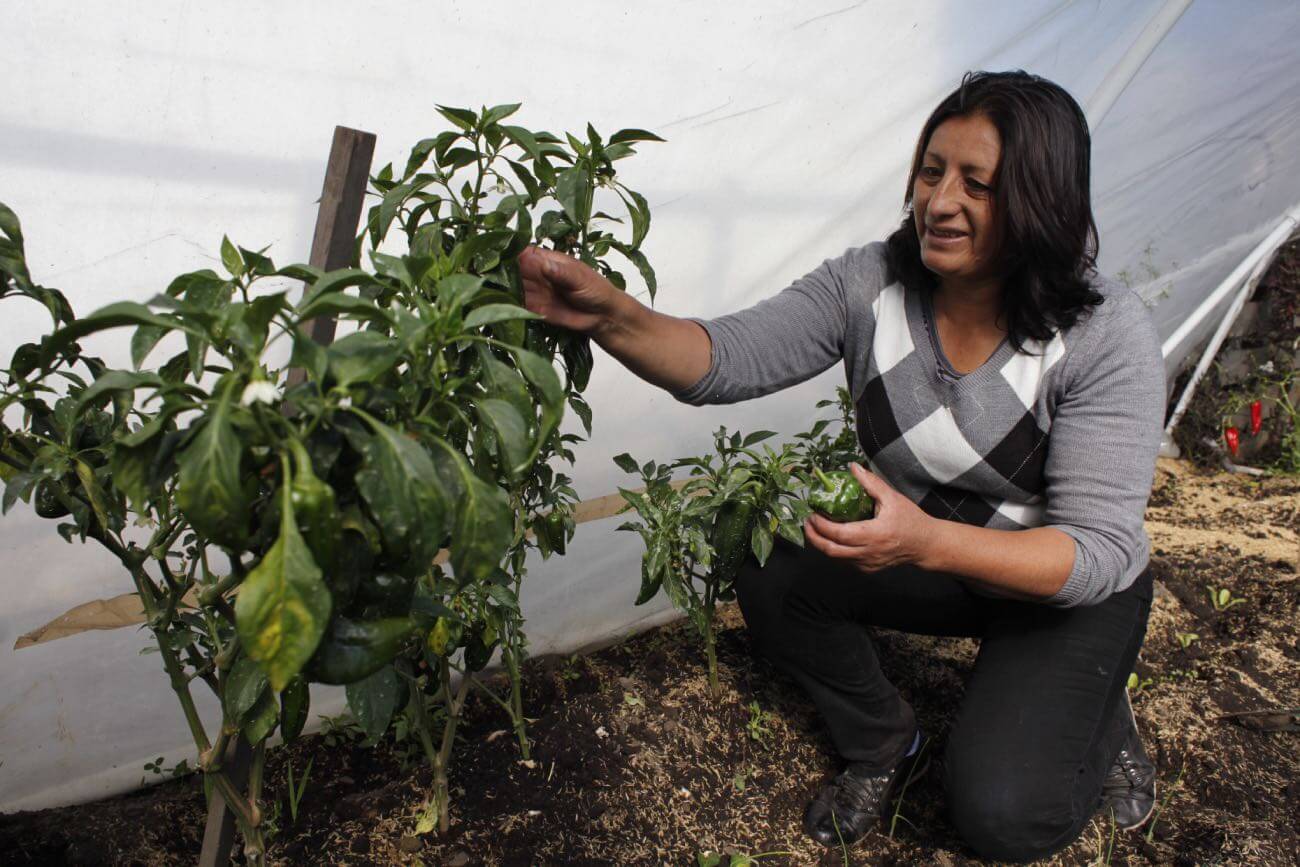 Alba Vallejo, now in her fourth year as an AGRUPAR trainee and community garden organizer is one of many women who can attest to this.  In the beginning, she recalls, many women’s husbands didn’t approve of their participation in the program, and this only added to the challenge of learning a new skill. But “the orchards and organic agriculture allowed women of the neighborhood 11 de Mayo to shine with their own light,” she says, “because sometimes women do not believe in the potential and capacity we have.”

Liliana Rueda, who coordinates the Alas de Colibri Foundation, an institution that works with adolescent women victims of sexual abuse and violence, agrees.  “The garden is the resilience in their lives, a contribution to the emotional side. Girls are empowered by the growth of the garden and by the activities that they do in it,” she explains.

Seventy-nine percent of women involved with AGRUPAR reported developing new links within their communities and feeling more active. Thanks to urban farming, they even say they feel more “useful” and feel “capable of contributing much more to their families.”

For her part, Rosario Basan, an urban farmer from the south of Quito, urban agriculture transformed her life because it allowed her to meet more people and feel active: “We spend time with other ladies, we joke and take care of the garden. I do not get bored at home anymore and I feel happy.” With the knowledge imparted by AGRUPAR, she grows tomatoes and vegetables in pots at home.

Erika Veintimilla, co-owner of “Mujeres Emprendedoras,” a small business that was born nine years ago with the momentum of AGRUPAR, has grown personally and professionally.  In her words:  “In all this time we have gathered so much knowledge, there is always something new to learn and that is what motivates me the most (…) We are no longer limited to being at home. Now we go out, we work, we share, we laugh, and we have trained in many areas.“