Mitzy Leal and Elsa Cuellar Rodriguez live on Isla Natividad, an island of 500 inhabitants located in Baja California, Mexico. They are members of a fishing cooperative called Buzos y Pescadores, 15% of whom are women who work in fisheries.

Along with other fishing activities, Mitzy and Elsa are monitor divers: They conduct oceanographic monitoring, extract data from oceanographic sensors, and send their findings to research labs at Stanford University. These data is later used to establish records and improve fishing practices at the cooperative.

Mitzy’s father dove for 25 years, and he always came back with stories of the things he found at sea. As a result, Mitzy was always curious about what was under water. She wanted to learn how to dive and to have her own stories. After taking the diving course with other women, an NGO called COBI, dedicated to (among other things) increasing women’s participation in fishing and marine conservation, suggested she get certified as a monitor. She did just that despite the fact that most of her co-students were men.

At first, fishermen assumed that the women needed help carrying things around. Yet, over time that attitude changed. Now when men perform their fishing activities, women go alone to monitor, and the fishermen see them as equals. “Personally, I am motivated by the support of our husbands. They encourage us, they do not see us with limits,” Mitzy says.

Elsa processes seafood in the industrial area of the cooperative. She is also a housewife. For the last six years Elsa has worked on biological monitoring, where she confidently reports that women are the majority.

Elsa and Mitzy agree that their working in the predominantly male fishing industry on the island has inspired other women in their community to venture beyond their homes and assume careers as well. But what they find most satisfying is knowing that women are contributing to their community as much as men.

*Marina Abas is a Master of Science in Marine Biology

Click on photos to view full gallery and captions. 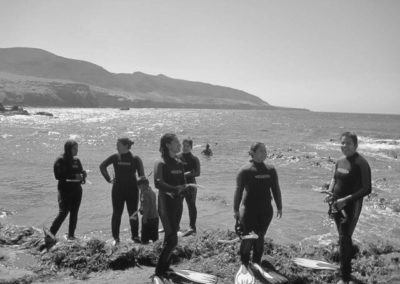 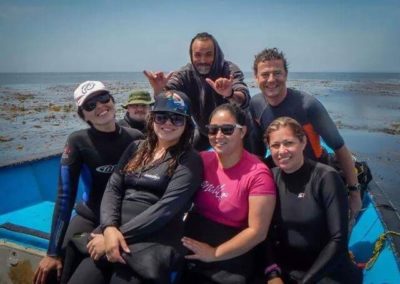 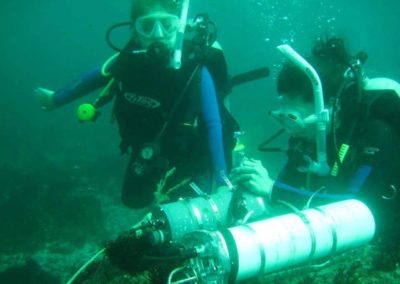 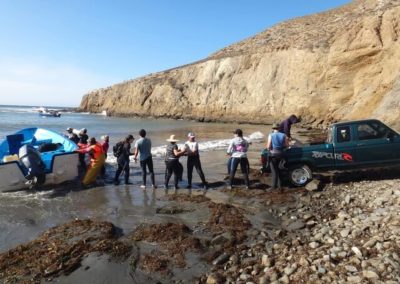