Meet The “FBI” Of the National Parks Lands

In this latest episode of Listen, Ladies, host Maryalice Aymong interviews Beth Shott, investigator with the National Park Service Investigative Services Branch (ISB), a small contingent of agents responsible for protecting, investigating and prosecuting crimes that occur on national park land. They work all year around the clock, unless something unexpected happens, such as a government shutdown.

Listen, Ladies (LL): I would like to get into a little bit about what you do, the real importance of it and the fact that a lot of people probably have not even heard of it. The first time I read about the Investigative Services Branch was in an article for Outside magazine, and I had never heard about it before. Can you tell us a little bit about what the ISB does and what the responsibilities are? 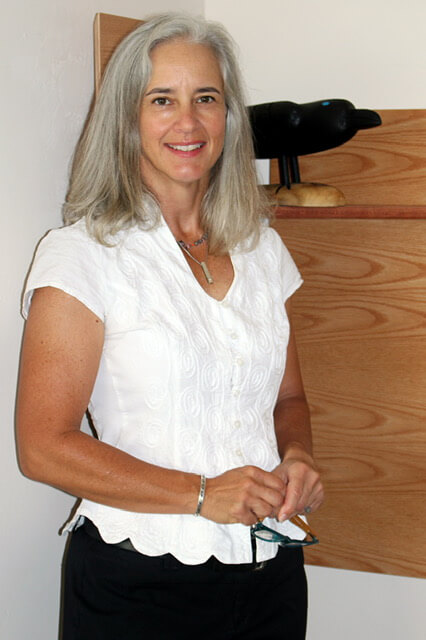 Beth Shott (BS): The National Park Service has a pretty large juridical priority as far as being in the park or working at it. I will use Yellowstone National Park as an example. They are an exclusive federal jurisdiction, which means the state has no authority whatsoever to investigate or prosecute crimes that go on in that park. We have parks that have jurisdiction, like Yellowstone, which is exclusive all the way to proprietary, where the states have primary jurisdiction. We have over 400 park service units, so you can imagine all the people coming to the parks, people living in the parks. Some of them are like small cities. Just like a small city, we have crime that occurs. The investigative service branch (is) the FBI of the national parks. There are about 35 right now so it is a very small contingent, and what we do is investigate any crimes that occur on federal lands within the National Park Service. This could be anything from felonies, homicides, to resource crimes. For instance, we protect the redwood forests in California. People sometimes go in and chop down the redwood trees because they are so valuable financially to sell, and our sources are dwindling. So we stop poaching that way. We investigate animal poaching, those types of crimes. Because of our authorities, we may have in the middle of summer, thousands and thousands of visitors, plus hundreds of people that work in the park. But the state does not have jurisdiction. So we are kind of like the detectives of the city. We are non-uniformed, and the rangers are the 911 responders. They patrol the lands. They response to 911 calls. But when it comes to something that needs a little more in-depth investigation, the rangers usually do not have the capacity to do it because they are responding to 911 calls, search and rescues, medical calls, and things like that. So that is where the special agents of the National Park Service come in.

LL: Do you think your job in law enforcement as a woman is any different from that of a man’s?

BS: At times it has been different, and I will give you an example. Having grown up in New York, I am not somebody who shies away from speaking my mind. And maybe I’m a little pragmatic about things. I worked in the North Rim of the Grand Canyon, which is very remote and rural, and there was a manager many, many, many years ago for one of the businesses up there. We call them concessions. And I don’t remember what I got called to — it was a 911 call to respond to something — and it had something to do with the concession. I responded, and the guy said to me, “With all due respect, I am going to wait for your male counterpart to show up.” I looked at him, and I started laughing. What century do you live in? But it was his upbringing. He had had a very male-oriented upbringing. So we did wind up waiting for the male counterpart.

I’ve been very fortunate in my career though. People may or may not know that the park service has been through some growing pains with regard to sexual harassment. So has the fire service. In the Wildland Fire Quadrant, for instance, a lot of women were being harassed and felt that they were being denied promotions because of their gender. I’ve been really lucky in that I’ve either been really oblivious to it, or I’ve bulldozed my way through some of my peers’ gender bashing. I don’t feel that I’ve ever been discriminated against for a job or anything like that. When I first became an agent — again, these are very coveted jobs, there are not a lot of them, and a lot of people put in for them — somebody told me, “The only reason you got it was because you were female.” That just pissed me off no end. But that was somebody who was just a peer, not a supervisor or anything like that. It is a little bit harder being a woman in law enforcement because of the perspective of what a cop is, what a law enforcement officer is, by the general public.

Another example is I had a partner at one of the parks I worked at, and he hit a deer, and it dented the hood of his car. We couldn’t bring it in to get it fixed, so we had to drive this car with the dent in the hood until we could bring it in. We pulled up in front of a group of visitors, and they all looked at me and said “What did you do, lady,” and I was outraged.  He assumed that because I’m a female, I’d dented the car!  Again, I laugh at most of it because we are living in modern times, and these people are not.

LL: For any listener or for just any female that is considering wanting to go into law enforcement or work at a National Park, would you advise that they go for it? Or would you have any words of caution or advice that you would share?

BSt: I absolutely think that being a park ranger or a special agent of the national parks is one of the best jobs out there. It is hugely satisfying. It’s amazingly rewarding work. I went from working in advertising in New York. I then became a park medic. You can do those things in the Park Service. You can do search and rescue. You can dangle underneath a helicopter doing rescue if you want to get into that. There (are) really so many things that you can do in the National Park Service. I would highly encourage anyone who is interested, especially women, to go out and do those types of jobs. The challenge is that a lot of our parks are in these super- remote locations. I worked in Death Valley National Park for five years, and it is an amazing place, an amazing park, a beautiful resource, but it is out there. Las Vegas is two hours away. The closest grocery store is an hour away, so you have to be prepared for those types of challenges, and that goes for men or women. I think for (a) career for females, I don’t know if it can get much better.