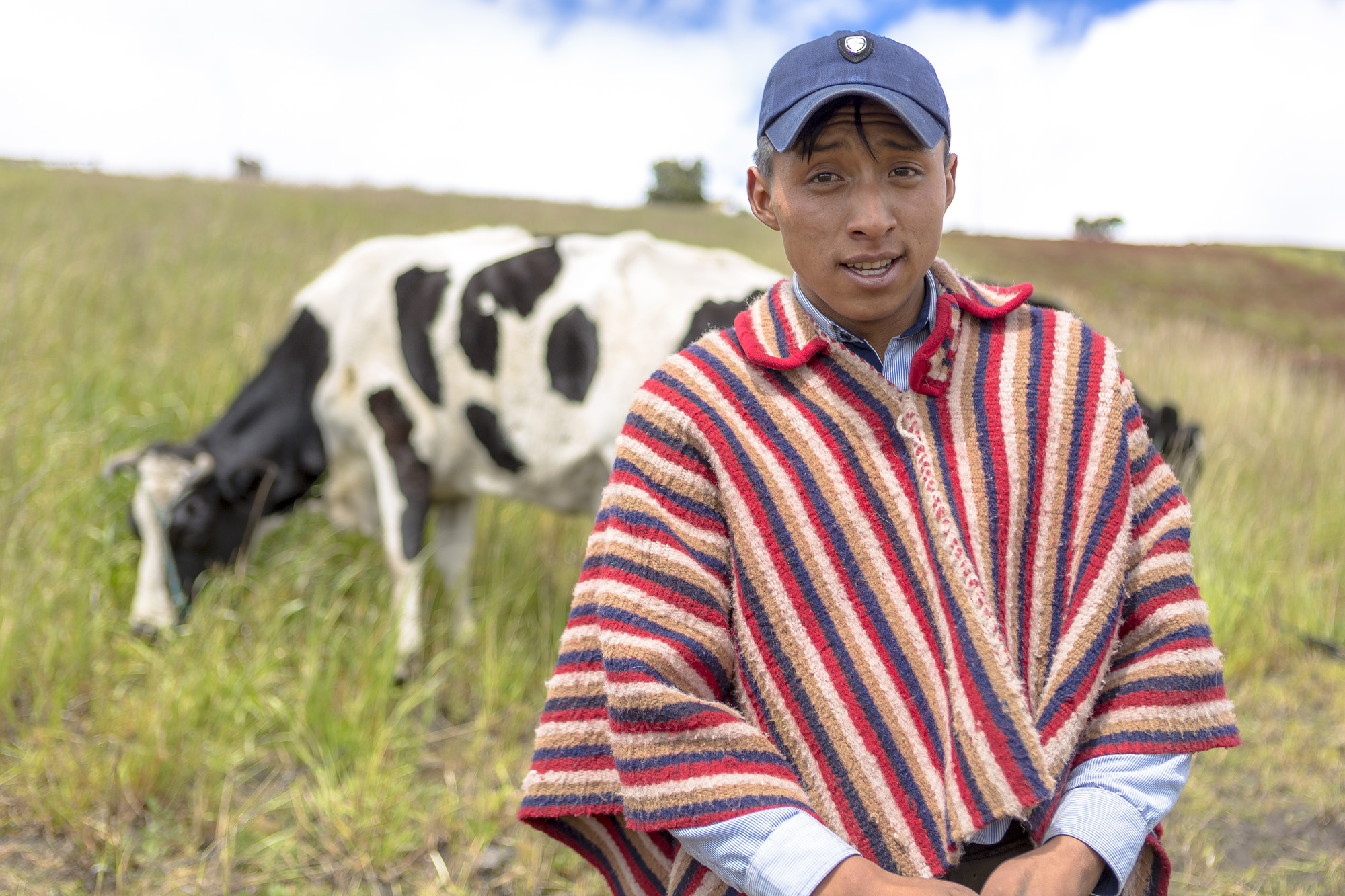 A group of children stand in a circle, transfixed as a young man whispers incantations into the crisp mountain air. It’s the same scene every week when children attend a club run by Plan International Ecuador. There, Klever, a 22-year-old activist in Chimborazo, tells stories about sun, the moon, and the clouds – symbols of enormous meaning among Ecuador’s indigenous community – to broach with children as young as three the stigma-ridden subject of teenage pregnancy.

“I’ve been working with Plan International to deliver workshops using magic,” says Klever, explaining how he uses traditional folklore and symbolism to start conversations on difficult subjects. “We teach children about teenage pregnancy using games and talks, splitting them into age groups all the way up to 18.”

A crucial part of the teenage pregnancy project involves working with boys aged 10 to 17 to encourage them to take on more healthful masculine roles in society and challenge harmful social norms that limit girls’ rights. 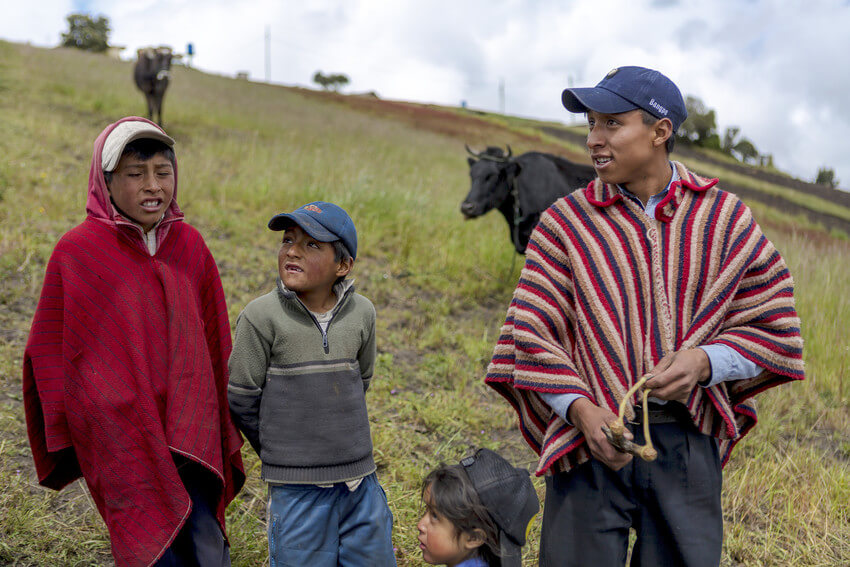 Klever, 22, would like to see zero teen pregnancies in his community

In addition to running his “magic” sessions, Klever presides over a club where adolescent boys meet every two weeks to discuss subjects such as how to use contraception. It is one of 164 clubs facilitated by Plan International for young people of both sexes across the country.

“In the clubs, we talk about teen pregnancy,” he says. I tell other young men that it may seem hard to put ourselves in girls’ shoes, but actually, we know what their lives are like, what they want to achieve with their lives, what kind of futures they want – and we have a role to play in ensuring they get them.”

Klever also points out that it’s not just girls who miss out on their futures by having children too early, it’s boys, too.

“I tell the older boys to think carefully about the decisions they take – that if they have kids too early they may jeopardize their dreams. And I tell men that they should think hard before marrying a girl who is under 18. If a young girl starts studying but then gets pregnant, her future is destroyed.”

Klever is right to be concerned about men marrying younger girls. In Ecuador, 90% of adolescents under 15 have their first sexual relationship with an older person and 8% of mothers who become pregnant before 15 have a relationship with someone 30 or more years older than them*.

Klever believes the fact that many parents in Chimborazo seldom talk about relationships or sexuality with their children is a reason that so many girls in his country get pregnant young.** “Girls don’t feel they can talk to or trust their parents even just to share with them their successes at school. They just get told they must cook and clean, so they prefer to leave school and get married and have kids.”

But he’s confident this dynamic can be changed. “We can reduce teen pregnancy by campaigning and sharing the message that boys and girls are equal and have the same rights,” says Klever.

Sex education is also enormously important, he says. “Schools are a second home and teachers are our second parents, so they have influence.”

In collaboration with Ecuador’s government, Plan International has produced a manual for girls and women on sexual rights. The organization has also trained 200 teachers across the country so they can impart comprehensive education about sex and relationships to their students. Both of these initiatives represent a big departure from the abstinence-only approach previously adopted in Ecuador’s schools.

Instead, young people are encouraged to talk openly about relationships and sexuality in an effort to reduce the stigma associated with these subjects.

“We used to feel “sexual” was a bad word, something vulgar,” says Klever. “But now it’s a subject we can talk about more freely.”

Through the program, Plan International Ecuador has reached almost 7,000 adolescents in 11 provinces across Ecuador. It’s already created its first teenage-pregnancy-free zone: in Los Rios, there were no teenage pregnancies reported over the past two years among the 275 adolescents attending clubs in the province.

Klever has the same aspiration for his own area. There were six teenage pregnancies there last year – compared to an average of around 40 in recent years.

“I would like to see zero teen pregnancies here,” he says.

Klever alone may not be able to achieve that. But through awareness-raising and sex education, he and his fellow community members can.

*Source: ENSANUT 2012
**In Ecuador, 18% of teenage girls aged 15 to 19 are mothers (source: ENSANUT 2012), giving it highest rate of teen pregnancy in South America and the third-highest rate in Latin America (behind Nicaragua and Dominican Republic). According to UNFPA, Latin America is the only region in the world where teen pregnancy is on the rise.