Feminism As An Intersectional Issue

Feminism has challenged me; it has also shaped me. The Women’s March organization epitomizes this for me — it both inspires me and pushes me. I feel empowered by much of the work that they partake in. Standing up for my beliefs, marching for the rights of all people, and unity are principles that this organization are founded on; principles that I believe in greatly.

As a progressive Jewish woman, when I originally heard the words of Linda Sarsour, I was conflicted. She believed in many aspects of the Boycott, Divestment and Sanctions movement. Something that contradicted my originally positive opinions of this organization. How did I choose to stand with an organization whose leaders said these things? Where do my priorities lie? Israel? Feminism? These were just a few, of the many questions, that I asked myself when hearing Sarsour’s anti-Israel rhetoric for the first time. ​The Israeli Palestinian conflict is complex. It is not an issue that I have a defined opinion on, I am very conflicted on many levels. Although I often disagree with the Israeli government’s actions, I do not believe that Israel is completely to blame. I am also against the Boycott, Divestment, and Sanctions movement that Linda Sarsour strongly supports. 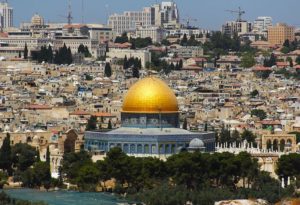 When discussing the intersectionality of my Judaism and my feminism, I find a place where there are many similarities and differences. One of the most influential organizations that has inspired my ideas and beliefs, also supports a leader that I disagree with in many respects. My feminism, and belief that all people are deserving of the same right, has helped me push back against all that I find confusing and corrupt with the March.

This year, I chose to partake in the National Women’s March for the third year in a row. This choice was one I made with great difficulty; however, I made the choice that no matter what word we are living in, all the injustices and inequality, I would stand up for my beliefs. I marched with and stand with much confusion, but overall, a great sense in pride in my beliefs in both Israel and my intersectional feminism.

*Madeline Hartog is a High School student from Manhattan and an intern for Women Across Frontiers, Inc.