Beatriz asked her cousin to cut her umbilical cord after she self-induced an abortion at her home. Only 21 years old, the baby’s father not in the picture, and Venezuela’s economy in free fall, Beatriz decided she could not afford raising a child. After drinking as much chamomile tea as she could (in the belief that it would soften her uterus), Beatriz inserted misoprostol, an FDA-approved abortifacient. She waited for the drug to take effect, recounting her experience to Buzzfeed news.

Beatriz’ story is just one example of how the living conditions in Venezuela have affected women in the most intimate way.

Mired in an economic and political crisis since 2010, Venezuela has been experiencing a catastrophic shortage of contraceptives. Residents from all over the country now pay triple the amount of money to get contraceptives compared to when former President Hugo Chavez was in office — and that’s if they are fortunate enough to find ones that remain intact during use (most sold in the country are low quality) and lucky enough to find a pharmacy that has the high quality brands in stock. A single box of condoms costs an unimaginable 17,750 bolivars (around $1) and Venezuelans earn on average $6 to $8 dollars **per month. Thus, condoms are unaffordable for the general population.

What has been the response?

Some Venezuelans are fortunate enough to get contraceptives on the black market or through friends. Alejandra Moran, a 27-year-old publicist from Caracas, told the Washington Post, “Last time, I got them from my sister-in-law, who brought them from Colombia.”  Other Venezuelans, notably many men, are simply having unprotected sex:  Better to spend the money on food or “other priorities.”

These pressures have surely changed the sexual dynamic between men and women in the country. For many women, sex has become stressful, not pleasurable. Worse, the contraceptives crisis has resulted in grave and irreversible damage to the country’s public health. Between 2010 and 2016 HIV infection increased 24 percent, according to UNAIDS. In 2016, the latest year for which statistics are available, more than 120,000 men, women, and children in Venezuela were living with HIV.

Perhaps more shocking, Venezuelan women are now seeking sterilization at alarming rates. From 2012 to 2016 there was a 26 percent increase in the number of women seeking sterilization. Women — if they can afford it — are undergoing surgery and foregoing ever having children rather than incurring the risk of a pregnancy they can’t afford or an STD they can’t pay to treat. Sterilization, an invasive and mostly irreversible procedure, costs approximately 78 million bolivars ($118); yet women are working many extra hours to afford the procedure. 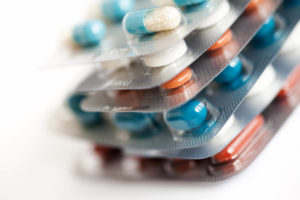 Fortunately, there is some relief. Information Network for Self-Abortion is a free call line that provides information about safe self-induced abortions to women. In 2014 the line received five to 10 calls a day; by 2015 the volunteers were helping 315 women daily (an increase of 1,233 percent). Unfortunately, because abortion is illegal in Venezuela — except when necessary to save the life of the mother — it is impossible to know the exact number of self-induced abortions in the country. An investigation done by Mujeres al Limite 2019 in four different hospitals around the country, showed that for every 4 deliveries there was 1 abortion. The organization also found that between August to December of  2018, there were 2,246 registered abortions – around 15 abortions per day.

Compounding the problem is Venezuela’s machista culture with many men refusing to wear a condom. That leaves to women the burden of preventing pregnancy and sexually transmitted diseases.

The fact is, nobody should be forced to stop using contraceptives if they do not want to. It is a violation of human rights, and it is causing extreme pain and dissatisfaction in the country.

What can be done?

Women have the right to control their own bodies. They have the right to not die young at staggering rates. Precise numbers are not available, but the minister of health estimates that the number of deaths from illegal or self-induced abortions increased 65.79 percent  from 2015 to 2016. The increase death related to self-induce abortion will continue to rise if the country does not change its abortion laws. Venezuela is a Catholic country, but it must confront the need to legalize abortion. Legalization of abortion would lead to a safe and regulated environment in which doctors could perform the procedure without putting women at risk

Second, international organizations and reproductive health companies should come together and donate contraceptives — of all kinds to local NGOs and clinics around the country. This Gofundme initiative has done great work along with 5 different local NGO’s supporting Venezuelan women: https://charity.gofundme.com/o/en/campaign/for-women-con-ellas.

Third, President Maduro should import high-quality contraceptives in greater numbers; the government should regulate the price. That way every woman and man regardless of socio-economic status would be able to afford it.

It is unfortunate to see how Venezuelans’ sexual health and reproductive rights are being neglected with menacing consequences.

**The country minimum wage is 300,000 bolivars ($8) at the time of writing this piece. The dollar in Venezuela fluctuates drastically every day due to hyperinflation.

Some local organizations have come together to work by, for, and with women: Cepaz, @accionsolidaria, @funcamama, @preparafamilia, @uniandesac and @unionafirmativa have supported more than 90,000 women in 2019. Learn more about their work and support them here: https://www.youtube.com/watch?v=tdpg4JkuCY4