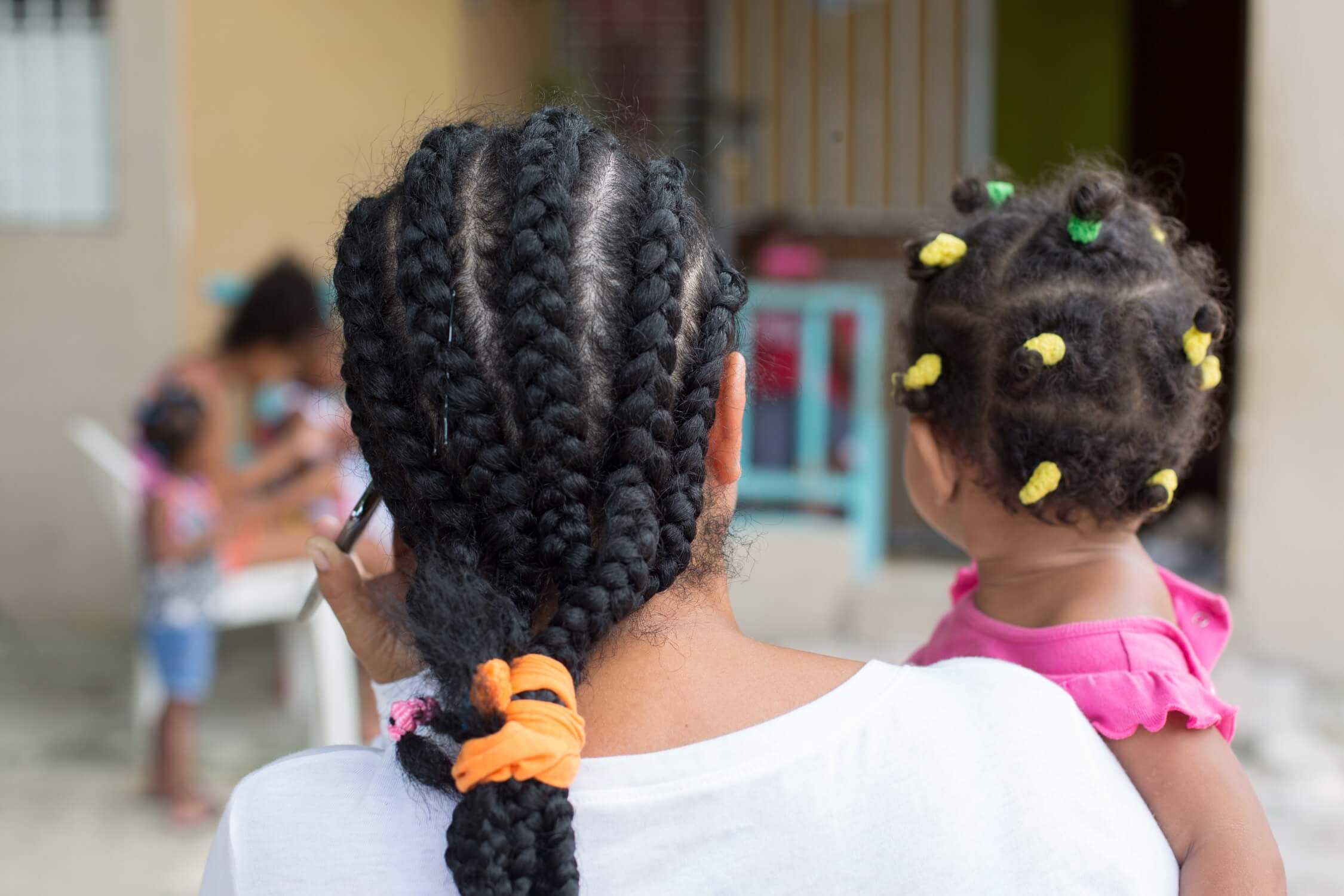 “Two Of My Children Were Fathered By Sex Tourists”

In the Dominican Republic, a major travel destination in the Caribbean, girls as young as 12 are exploited for sex year-round by tourists from North America and Europe. This is what happened to Punta Cana native Ana, when she was just 17. That night led her into more than a decade of sex work during which she was raped, trafficked halfway across the world, and gave birth to two children fathered by  her sex-tourist clients.

“When I was 17, a friend of mine tricked me into having sex with a tourist for money,” Ana recounts. Unbeknownst to me, this friend had started working as a “chula,” arranging girls for men who were visiting the Dominican Republic from overseas. One night, she took me to a casino. There, an American man about 20 years my senior paid her $100 so he could sleep with me. Before I knew what was happening, she’d taken me to a private room where she shut me in with the man and told me I couldn’t leave until I’d given him what he wanted. I remember being terrified, but I was more scared of what they’d do to me if I disobeyed, so I went along with their wishes. That’s how I lost my virginity.”

In 2003, the International Labour Organisation reported that the total number of people selling sex in the Dominican Republic ranged from 25,000 to 35,000, an estimated 60% of who like Ana, had begun as minors.

More recently, in 2019, the Center for Integral Orientation and Investigation reported that more than 250,000 women and girls in Dominican Republic sold sex or were exploited for sex and that almost 500,000 Dominicans depended on selling or facilitating sex to make a living. In the D.R. neither of these activities is illegal for adults. Indeed, child sexual exploitation there is largely tolerated and accepted. Many people are aware of its existence and know of places where it takes place. Few citizens report incidents to the authorities mostly due to a lack of trust in the judicial system or the misconceptions that the child is “working” to support her family or isn’t really being abused because she has the physical appearance of a grown woman.

Ana explains that it was easy to fall into this way of life.

“I was the eldest of five kids, and our mum, a single mother, worked three jobs to put food on the table. We’d never had enough money, and friends would say that if I sold sex, I could earn money to give my parents a better life. My dad was sick at the time, and they said I’d be able to buy him medicine. There was never any shortage of clients. Over the years, I met men in casinos, in bars, or on the beach. Several friends of mine were chulas, like the girl who introduced me to this world. They’d introduce me to pilots or businessmen in town for a short time. Others were holidaymakers. My mum knew what I was doing. She used to tell me to protect myself from diseases and other women who were selling sex. The competition between us could be fierce, and I lived in fear that one of them would try and cut my face and stop me from earning a living.”

Punta Cana, on the eastern coast of the Dominican Republic, accounts for 75% of all tourism in the country and is home to a number of resorts offering “sex vacation packages” complete with young women who are hired to have sex with guests during their stay. While the  Dominican government has been active in fighting child sexual exploitation for a long time, especially in the tourism industry, enforcement at the local level often appears to be impeded by the police who lack adequate resources, personnel, equipment, and training to fight the problem.

“When I was 20, I fell pregnant with my son who is now 18,” Ana says. His father is an American man who came to the Dominican Republic on holiday all those years ago. I contacted him as soon as I found out, but all he did was send me $100 to have an abortion. That was the last I ever heard from him. Several years later, I met an Italian tourist of about 60 years old. He paid me a lot of money to be his girlfriend. He visited the Dominican Republic every three months, and when he wasn’t around, he sent me money so that I could rent a house and buy furniture. After a few years, he decided he wanted me to go to Italy to live with him. I struggled to get a visa to go, so instead he paid human traffickers to create false documents for me and transport me there via Turkey. He said that would be the easiest way. But when I arrived in Turkey on a fake passport, I found it was impossible to get to Italy.”

“At that point, the Italian man decided to abandon me,” Ana continues. “He’d spent too much money on me already, he said. That’s when I discovered I was pregnant with his child. Eventually, I found my way back to the Dominican Republic. I spent three traumatic months in Turkey in a hotel filled with other people who had been trafficked halfway across the world. Twice I was raped. Finally, I went to the airport with my bags packed and begged them to send me home. My daughter was born six months later. Her father sent me money to help support her until she was a year old. Around that time, my life changed dramatically. I met my husband, Julio, who I have been with for the past 11 years now. He gave me the stability that I craved. I was so sick of the way I’d been surviving: having sex with someone you don’t find attractive, who is often much older than you, is really horrible. When I met Julio, I stopped doing it. I got a job as a caretaker at a local school, and Julio has a small business selling sun cream on the beaches. Together we make enough to support our family.”

Now a mother of four, for the past few years Ana has found comfort in Plan International’s Down to Zero programme, which is tackling child sexual exploitation in her community.

“The program has completely changed our lives. We’ve learned all about sexual abuse and how to stop it from happening, and the kids hold workshops for other children to share what they know, ” she says. Since the project began, more than 6,000 girls and boys have been trained to advocate for children’s rights and protect themselves against child sexual exploitation, how to raise the subject among their peers, and how to report cases of it. Most importantly, scores of tourism establishments, including numerous hotel resorts, have received training in preventing child sexual exploitation and have been persuaded to sign up to The Code, a child-protection tool created by Plan International partner organization ECPAT International to combat child sexual exploitation in travel and tourism.

As for Ana’s daughter who is 12 years old now, Ana is determined to “make sure she doesn’t have the same life I had. She’s decided her dream is to be a veterinarian. Together we’ll make her dream a reality.”