Sometimes it feels like “formula shaming” is the final frontier of judgment. The same person who would be careful not to “slut shame” her best friend, might be the first one to raise an eyebrow at her sister-in-law for not breastfeeding. The reason for this, is partly because we are saturated with information about the benefits of breastfeeding and because it is perceived as a choice you make mainly for your baby’s sake. For the mother who cannot or chooses not to breastfeed, her action is perceived as a reflection of her mothering style which seems to be fair game for criticism in a way that other cultural shaming is not.

“Formula shaming is pervasive and it started during pregnancy,” says first-time mom Kathryn,  who made the decision not to breastfeed before she gave birth. “Every book about childbirth and raising babies talks about how crucial breastfeeding is— about it being required for at least six months. It’s ridiculous.”  Krista, another new mom recalls, “We learned in class that breastfed babies are smarter than formula fed babies.” This kind of unsubstantiated information is still being taught in prenatal classes. It’s hard to believe that when American women were giving birth prior to the 1970s,  breastfeeding was considered unusual and even “a little disgusting,” according to authors Nathoo, Tasnim and Ostry, Aleck in their book, “The One Best Way?” In fifty years, the tide has changed completely.  Breastfeeding benefits for mother and baby have become better understood and now the pressure is on. 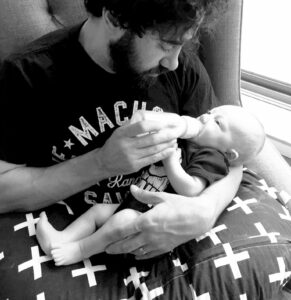 American  culture’s emphasis on breastfeeding has been fueled by the well-intentioned Baby-Friendly Hospital Initiative, (BFHI) which sounded like a promising idea when it was first introduced. This initiative, which was co-sponsored by UNICEF and the World Health Organization, was going to be a complete paradigm shift for hospitals. No more pushing formula or taking baby to the nursery at night. Nurses and staff would be educated on the benefits of breastfeeding and would get mom and baby off to a great start by initiating and supporting breastfeeding exclusively. However, all of this enthusiasm can take an ugly turn when hospital personnel become too strident about protocols.

One mom who gave birth at a highly rated New York area hospital reported that her nurse asked, “you’re not planning on feeding your baby that poison, are you?” when she attempted to formula feed. She was already mourning the fact that she was not able to breastfeed (due to separate health issues), so this comment was extremely inappropriate. Another mom said, “my hospital told me, if I give formula, I’ll ruin everything.” These are not isolated incidents; they happen every day around the country. Many hospitals, in an effort to comply with the metric needed to either attain or remain BFHI certified, send new mothers home confused and feeling defeated because their baby is not getting enough milk from the breast. Sometimes the second phase of breastfeeding, when the mature milk comes in, happens later than a baby’s hunger levels can tolerate. Babies are often sent home dehydrated or with high bilirubin levels (infant jaundice). This becomes the pediatrician’s problem to deal with at the baby’s first doctor’s appointment.  This is  a huge stressor for parents and can even cause post-traumatic stress disorder in some cases.

“It seemed more important to our hospital that I was breastfeeding and weirdly less concerning that my baby was not doing well,” explained Lauren, a Jersey City mom. “I wasn’t allowed to use any supplemental formula unless the hospital pediatrician okayed it. Meanwhile, my baby was clearly not getting what he needed from me. Even I could see that!” Incidentally, this mom went on to successfully breastfeed despite offering formula in the first few days as she was sternly cautioned against. With this kind of militancy toward even temporary use of formula, it’s understandable that women feel conflicted and shamed even by medical personnel.

“I find it ironic that the battle cry among modern women, ‘your body, your choice,’ seems to completely fall by the wayside when it comes to breastfeeding. Suddenly what I chose to do with MY body is a point of inquiry, judgment, and speculation by everyone.” The pressure can come at you from all sides: family, friends, doctors, and hospital staff. Even your partner may pressure you to continue breastfeeding when it’s evident you are overwhelmed.

“I couldn’t shake the feeling that I was doing something that had been oversold to me, something that was both more difficult and less important than all the books and websites and articles suggested. They had undervalued my time and my sanity,” writes Meaghan O’Connell in “And Now We Have Everything.” Breastfeeding should never be prioritized over a mother’s mental health, yet it is often difficult to explain that to someone in the throes of new motherhood. A new mom needs support: both learning how to breastfeed and letting go of the endeavor if it isn’t working. In order to do that, she has to feel positive about formula feeding instead of reluctant or embarrassed.

In order to relieve some of this guilt, our attitudes about mothers’ choices need to be adjusted. More realistic expectations around breastfeeding from educators and birth workers would be a start, neither inflating the benefits nor disparaging formula. How about embracing all modes of feeding?  Pumping, formula feeding, and combination feeding. No more sideways glances or unsolicited lectures on how superior breastfeeding is, and perhaps, not pushing any of our own personal experiences or criticism toward any woman who might be formula feeding would be the most helpful.  There could be  any number of reasons why a woman isn’t breastfeeding: an exhausting mental battle, a traumatic birth, a mastectomy, a lengthy stay in the neonatal intensive care unit, a thyroid condition, a breast reduction, or simply because she doesn’t want to.