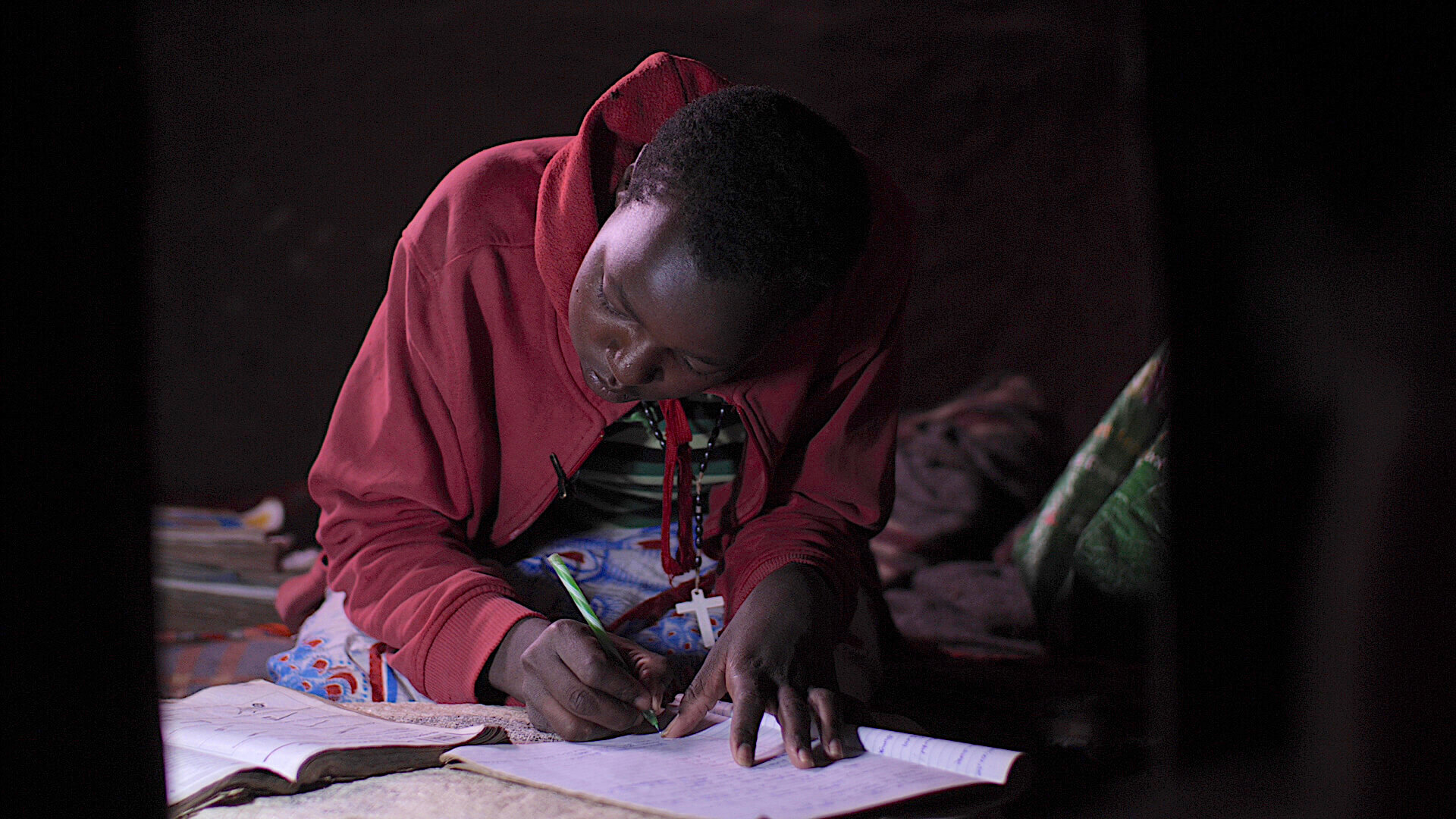 On a typical holiday evening in Kamboe village near Kenya’s Marsabit town, about 500 kilometers north of the capital, Nairobi, Zamzam, Saka has just completed her household chores and settles down in her parents’ manyatta (traditional homestead) house to study. 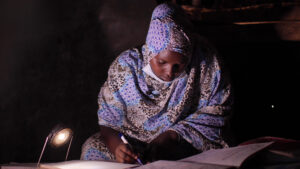 Veiled in a light blue typical Muslim hijab with black and white spots that extends to a headscarf and completely covers her hair, Saka carefully places a board on top of a crate and a twenty-liter can which she uses as a desk to copy notes from an exercise book she had borrowed from a friend.  This way,  she could read it later on her own.

“I am worried right now as school has been closed. School to us is a safe haven especially for us as girls because we are in danger of being circumcised and also being married off early,” she says.

The second-year high school student is not the only one home at the moment.  All students in the country are currently home following a government directive that all learning institutions be closed to curb the spread of COVID-19 after Kenya registered its first case on March 13, 2020.

But besides COVID-19 there has been an even greater challenge for the girls in the country, especially those from the pastoralist communities, who largely practice harmful traditions such as female genital mutilation (FGM) and forced early marriages. President Kenyatta’s announcement on March 16, 2020 outlined a draft of measures that would help curb the spread of the virus across the country. Among these measures, is the banning of social gatherings and the closure of all learning institutions.

“This has raised the risk of being cut and married off as there is no attention given to FGM and child marriage now that the government is fighting COVID-19. FGM has always happened during school holidays and the community is now taking advantage of school closure and also curfews that have made activists not to do surveillance. These communities are now doing the cutting at night since they know there is less attention,” says Sadia Hussein a Kenyan EndFGM champion.

The closure of all schools, including some rescue centers where these girls had sought refuge after running from their families who wanted to force them to undergo FGM or get married has taken the country a step back in the fight against these traumatic, painful cutting practices that have long denied the young girls opportunities to go to school.  Instead, they are now at a higher risk of getting cut and married off at ages as low as 12.

Kenya banned the practice of female genital mutilation in 2011 through an Act of Parliament: Prohibition of Female Genital Mutilation Act No.32 of 2011, The Act outlines a number of punishments for people found carrying it out or propagating and advocating for it. The Act bans the performance of any form of FGM in the country.

The Act in part states;”[a] person who aids, abets, counsels or procures a person to commit an offense under section 19; or another person to perform female genital mutilation on that other person commits an offense” .

Section 29 of the Act says, “[a] person who commits an offense under this Act is liable, on conviction, to imprisonment for a term of not less than three years, or to a fine of not less than two hundred thousand shillings ($2000), or both.”

But, even with this law in place, Kenya has seen a number of girls undergo FGM forcefully, after which they are considered women and married off, usually to men old enough to be their grandfathers.

Many countries in Africa have banned FGM.  Sudan outlawed the practice in April. The country accused the ousted President, Omar al-Bashir, of derailing the process of passing laws to ban the FGM. al-Bashir had rejected the recommendations sent to him by parliament outlining how the law was to be passed.

A 2013 report by UNICEF identified 29 countries in Africa and the Middle East where the practice was largely being carried out.

Dennis Ono, a project officer working at one of the non-governmental organization’s that sponsor children in Marsabit County, says that FGM is not about to stop as it is embedded in the communities’ traditions.

“The men here feel like when they marry a young girl, they are able to groove her and tame her to behave the way he wants. Just yesterday, I was called by one of the community members that there is a standard eight (grade 8) candidate, a girl, who was married off. And while calling me, he was with a government official but have no car to get to the area and rescue her,” Ono says.

At Olking’ei village in Laikipia County, about 400km south of Kamboe from Saka’s village, Emily Tipanoi has the same fears as Saka. She is a candidate for cutting as well, and as she prepares for her final primary school exam, she fears that she might be forcefully cut and married off during the holidays, as schools remain closed. 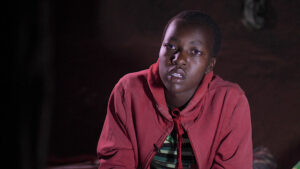 Emily Tipanoi stops to answer a question during the interview at her parents’ traditional house in Laikipia North, Kenya

Tipanoi has heard of cases where her friends have been married off after being subjected to the cut at an early age, and she says, “despite the challenges, all that I want is to study so I can become a doctor and come back to assist my  community members.”

Recently, about 250 girls from the neighboring County, Samburu, were reported to have secretly been subjected to the cut since schools have closed.  This, according to Dr. Josephine Kulea, an anti-FGM campaigner and founder of the Samburu Girls Foundation, is only 1% of the cases reported.  Oftentimes, 99% of these cases are kept secret and never reported. The Foundation had been running a rescue center that housed girls who ran away from early marriage and FGM. It has since been closed down.

Girls like Saka and Tipanoi who had been going to school in communities that still practice cutting have always found school to be their safe haven.  However,  they are now at a higher risk of being cut and eventually married off at an early age.

“I hope that the government will do something to make sure we are safe. We have nowhere to run to now as corona is here and the police do not allow people to move at night because of curfew. We can be cut and married off anytime if our parents feel like they want money or goats and cows immediately,” says Tipanoi.

However, activists against FGM feel that the government directive to close down rescue centers to prevent the spread of the COVID-19 virus has derailed the fight against this practice in the country.

“Because of the ban in public gatherings, we now cannot reach our communities to sensitize them on the dangers of these practices. We are now going back to square one,” says Hussein.